Batting first after winning the toss, SGH amassed 240/7 in the allotted 35 overs, with Marme M Sangma smashing 78 not out off 41 deliveries down the order, while Dianchidora compiled a more patient 60 off 95. Jecykha M Marak (2/33 in seven overs) was the most economical of bowlers and also had the best figures, while Chiangchi Ch Marak took 2/58.

Smillin then returned the best figures of the tournament so far, with 5/3 as NGH were all out for 19 having batted just 12.4 overs. Marme (3/8) and Jaylynn MR Marak (2/6) were the other wicket-takers.

In the other game, SWKH also batted first after winning the toss and made 236/4, with captain and player-of-the-match Indariakor Kharwanniang striking 64 and Banrikmen Lyngdoh Tongkhar 39. However, their contributions were outdone by extras – there were 70 wides and 34 no balls. Mimi Chyrmang produced 2/46 with the ball. 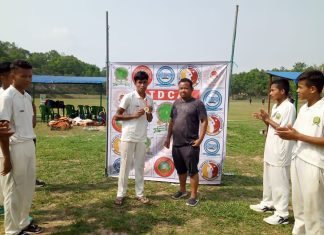 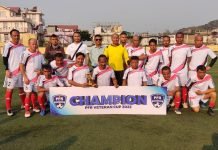