Shillong, Dec 27: Tynrongmawsaw continued on with their fantastic performance in the inaugural Meghalaya State League after holding Shillong giants Langsning to a 2-2 draw in the first leg of the tournament’s semifinals at Bhoirymbong (Langsning’s home ground in this tournament) on Wednesday.

In the other game in Jowai, home team Niaw Wasa beat Druma Sandruma 4-1 to take a commanding position going into the second leg, which will be held in a few days’ time, though Druma Sandruma can take some comfort from bagging an away goal, which may become important in separating the two clubs.

Tynrongmawsaw, who beat Malki in the group stage to claim a last-four spot in Group C, will feel like they have one foot in the final after securing the draw and two away goals, but they cannot under any circumstances take their foot off the pedal as Langsning will be hankering for a victory to see them through. 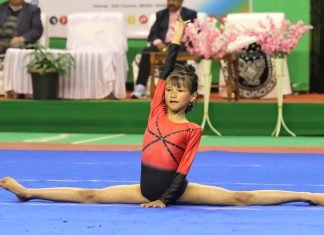 The Sports Room - May 2, 2022
0
Shillong, May 2: Only a few years ago gymnastics was pretty much dormant in Meghalaya but with the efforts of a few dedicated administrators and... 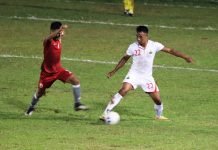 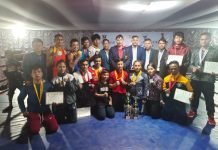 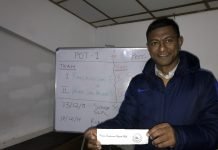