The CM apprised the Union Minister on the need to create better sports infrastructure in Meghalaya, which will host the 2022 National Games, a press release from the CM’s office said.

“We have sought the central government’s full cooperation and support to boost sports facilities and infrastructure in Meghalaya. The Union Minister has assured to look into our request,” Sangma said.

He informed that Meghalaya is finalising its roadmap for the National Games and all-out efforts are being made to create the best in sporting infrastructure to host the event, which will ensure the overall development of Meghalaya.

“The meeting with the Union Minister was very positive and we are looking forward to all assistance and guidance to take our mission forward to host the mega-event,” the Chief Minister added. 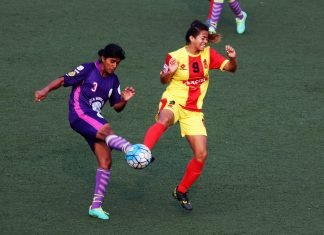 The Sports Room - March 31, 2018
0
Shillong, Mar 31: Gokulam Kerala moved off the bottom of the Indian Women's League points table with a 6-1 victory over Indira Gandhi Academy... 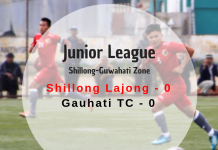 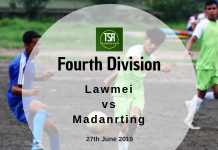 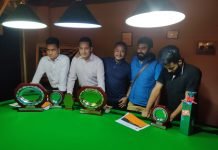