Shillong, May 30: Real Kashmir FC (RKFC) will take part in the next season of the I-League after finishing as champions of the Second Division League by beating challengers Hindustan FC 3-2 at the FSV Arena in a rainy Bangalore today.

All that they needed to progress was a draw, but Real Kashmir didn’t leave anything to chance, taking the lead in the 22nd minute through Ifham Tariq Mir. A determined Hindustan levelled proceedings in the 34th minute with a goal from Kushant Chauhan. The eventual champions would then go on to pull out a two-goal lead, with the scorers being Danish Farooq (40′) and Nadong Bhutia (67′), the latter having scored a minute after coming on to the pitch as a substitute.

Chauhan then gave the Delhi-based team a glimmer of hope by pulling a goal back in the 80th minute but his side could find no more in the remaining minutes.

The Kashmir side thus ended the tournament unbeaten, having won six and draw four of their group matches, while Hindustan, almost as impressive, suffered their first defeat today.

Prior to today’s match both sides had won one and drawn one match in the final round. They also had the same goal difference of +1, though Real Kashmir had scored more goals (5 to 3), so even a draw would’ve seen them move into the I-League.

In the four-team final round Real Kashmir finished with seven points to Hindustan’s four, with Ozone FC and TRAU FC finishing third and fourth respectively, tied on two points each. The bottom two sides had played out a goalless draw in their inconsequential fixture earlier in the day.

Real Kashmir, Ozone and TRAU qualified for the final round by finishing as the best non-Indian Super League side from their respective groups, while Hindustan were the best second team. Hindustan and RKFC were both in Group A and had played each other twice in that stage but both encounters were draws.

Both teams had quite a large number of U-22 players in the starting line-ups: Hindustan had six and Real Kashmir five. The latter were captained by a once familiar face to Shillong football fans – Nigerian defender Loveday Okechukwu, who used to play for Royal Wahingdoh FC. 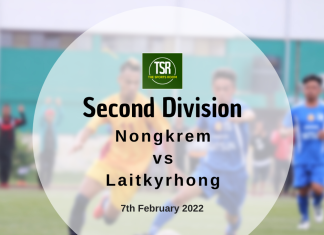 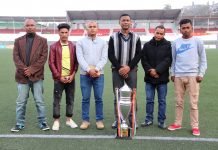 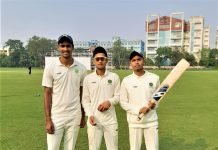 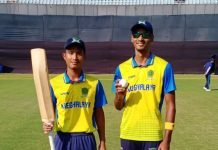