Shillong, Mar 7: Lawsohtun and Seven Brothers won their respective round of 16 matches on day two of the 4th Assam Rifles Invitational Football Tournament at the Assam Rifles football ground in Laitkor today.

The morning match saw Lawsohtun defeat Eastern Pirates 3-1. Riborlang Dkhar opened proceedings with a sixth minute goal for Lawsohtun, but this was cancelled out two minutes later by a strike by Samuel Shadap.

The afternoon game was a closer affair, with Seven Brothers came from two goals to one down to win 3-2 against Sawmer.

Seven Brothers, who had plenty of top Shillong-based footballers in the ranks, took the lead in the 22nd minute via Donlad Diengdoh, but Sawmer equalised in the 42nd minute by Teiban Khongkai.

Khongkai would then take a fantastic shot on the run in the 51st minute to give Sawmer the lead early in the second half, but the lead would only last 25 minutes.

A cross from the right beat Sawmer goalkeeper Mangkara Pathaw and Seven Brothers’ Raikutshisha Buam, but the ball clipped the upright and presented Buam a second chance to score, which he did.

That lifted the Seven Brothers’ players and fans and in the 90th minute Diengdoh was foiled, but the ball only went as far as team mate Fullmoon Mukhim, who scored from the edge of the box for the victory.

There will be two more games tomorrow, with defending champions Smit taking on Kith United at 10:30AM, followed by Assam Rifles playing Umphrup at 1:30PM. Both matches will be held at the Assam Rifles football ground in Laitkor. 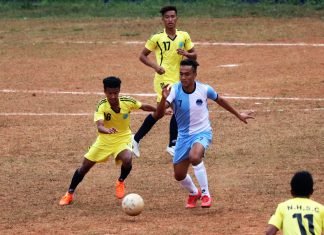 The Sports Room - May 28, 2019
0
Shillong, May 28: Promoted to the upcoming season of the Shillong Premier League, Nongrim Hills signed the most number of players in the Shillong... 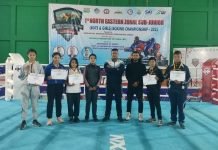 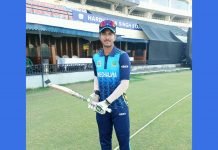 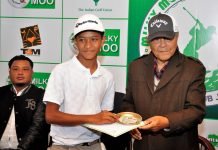 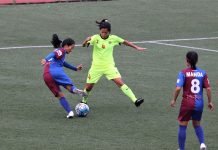