Shillong, Sep 15: Mawkhar and Mawlai will aim to seal promotion to next season’s Shillong Premier League when they meet in the First Division on Monday at the JN Stadium at 3PM. The two teams occupy the top spots in the points table at the moment and whoever wins will not only guarantee promotion but also win the First Division. Like the SPL this year, there will be no playoffs or final – whoever finishes first at the end of the round robin stage wins the league. The top two sides will also be promoted to next year’s SPL.

In case the match ends in a draw, Mawkhar will still at least ensure that they finish in the top two, while Mawlai will have another game to go against Sawmer to decide where they end up.

Beating Mawlai will be a tough task as they have yet to lose a game all season. Mawkhar, meanwhile, have only lost the one match – their first outing, which was against Smit on 15th July.

Mawlai are characterised by a strong defensive line and have only conceded two goals in six games. They haven’t scored all that many – just seven – but Oversharp Iawphniaw is their chief danger man with four to his name. All his goals have come in the last four Mawlai fixtures. 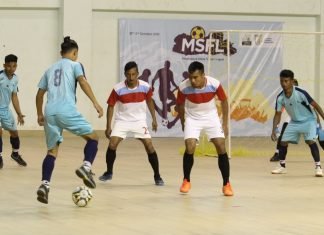 The Sports Room - October 15, 2021
0
Shillong, Oct 15: The inaugural Futsal Club Championship, the national-level tournament for indoor football, will not be held in Shillong, as had originally been... 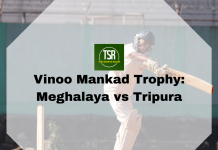 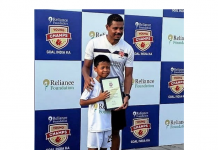 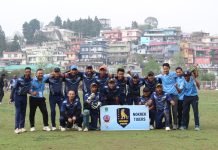 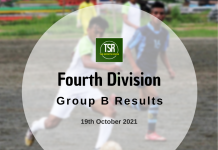