Shillong, Jan 14: Aditya Singhania spun Meghalaya to victory over Mizoram on the third day of their Ranji Trophy match in Kolkata today.

Singhania celebrated a 10-wicket haul, with four in the first innings and six in the second, as Meghalaya stormed to victory by an innings and 425 runs.

Singhania began the day by claiming two of the three remaining first innings wickets of Mizoram, who were not able to add to their overnight score of 114. He ended with figures of 4/30.

Still leading by well over 500 runs, Meghalaya had no hesitation in enforcing the follow-on and dismissed Mizoram for 123. Singhania bagged 6/40 to give him match figures of 10/70. 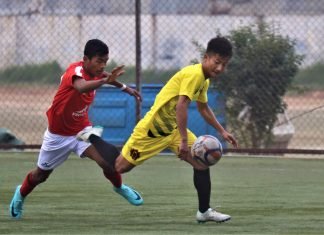 The Sports Room - January 31, 2020
0
Shillong, Jan 31: Seilenthang Lotjem scored a hat-trick for Punjab to see them defeat Manipur 3-0 in Group B of the Junior National Football... 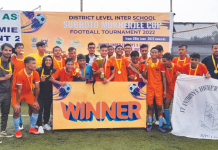 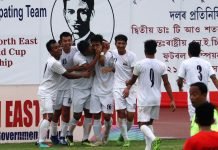 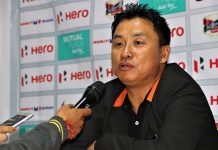