Shillong, Dec 14: Manipur’s bowlers skittled Meghalaya for just 74 in the latter’s second innings to come from a first innings deficit to win by 27 runs on an exciting third and final day of the Round 3 U-16 Vijay Merchant Trophy match at the MCA Cricket Ground here today.

Eighteen wickets fell on the last day’s play – the most on any single day in Shillong during this tournament.

Resuming their second innings on 77/2, Manipur suffered a collapse, losing their next eight wickets for 72 runs to finish on 149. Manipur had made just 119 in their first innings, to which the hosts replied with 167. Meghalaya thus had a target of 102 to win.

Bablu had scored 50 for the visitors, but Manipur’s lineup was torn through by Meghalaya spinner Rushikesh Jadhav (4-32) and pacer Sudhir Sahani (4-41).

In the chase Meghlaya lost their openers for just 10 runs on the board, with Jotin Pheiroijam claiming both wickets.

Jadhav (27) and Dikshit Parmar (27) then recovered the innings somewhat, putting on 42 for the third wicket before the latter was dismissed at the hands of Pheiroijam.

That led to a spectacular middle order collapse, with Meghalaya’s score going from 52/2 before the fall of Parmar to 69/7 at tea, setting up a tense final session, where all four results (win, loss, draw and tie) were possible.

Meghalaya at this stage still had Jadhav at the crease, so they were not keen on playing for a draw, but his stumping off the bowling of Utkarsh was the virtual nail in the coffin and the next two wickets followed soon after.

Utkarsh was the standout bowler, having claimed 5-25 in Meghalaya’s second innings as well as 3-35 in their first for match figures of 8-60.

Meghalaya will next take on Bihar in Round 4 here from December 19. 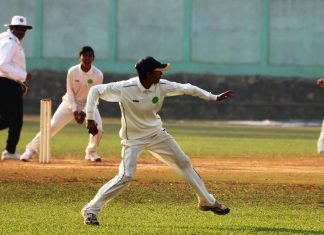 The Sports Room - December 13, 2017
0
Shillong, Dec 13: Meghalaya will go into the last and final day tomorrow in a strong, but not invincible position, against Manipur in their U-16... 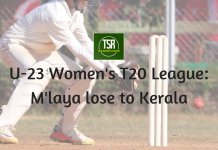 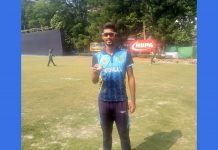 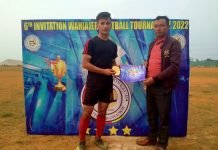 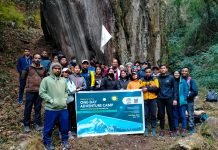