Shillong, Apr 18: Ri-Bhoi began with a thrilling four-wicket victory over Shillong Cricket Association (A) in Zone 1 of the Inter District U-19 Boys Cricket Tournament, organised by the Meghalaya Cricket Association, in Jowai today.

SCA (A) were all out for 117 and the target was reduced due to rain to 99 from 20 overs, which Ri-Bhoi managed for the loss of six wickets off the very last ball.

The toss was won by the Shillong team who chose to bat first but the top order could not get going and it was not until middle order batters Shavian Blah (11) and Navin Kumar (24) came to the crease that we saw scores in double figures. Numbers 10 and 11 Charm Marbaniang (16) and Josiah Wanniang (10 not out) also contributed handy runs.

Md Siraj Ali (pictured) turned in an excellent performance with the ball, claiming 4/33 in six overs, while Banialam managed 2/26.

Ali’s 21 with the bat proved to be crucial to the chase and he was named player-of-the-match. However, Banialam’s rapid 15 not out at the end got Ri-Bhoi over the line, as he smashed a six and a four off the last two deliveries to take his team to victory in what was an incredibly exciting finish. 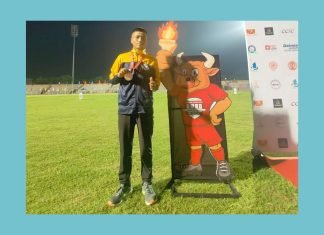 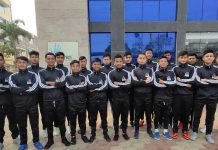 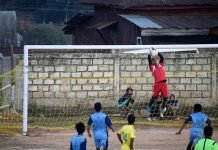 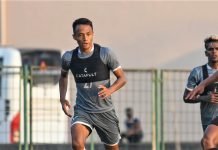 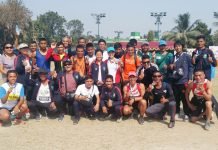