Shillong, Jan 11: Lumshyiap bounced back from defeat to eclipse Umroh 3-1 in Group A of the U-16 Republic Cup here on Thursday. In the other match, the first goalless draw of the tournament was played out between Langsning and Upper Shillong in Group B.

Andy Joey Laloo scored two goals within the space of a minute (28′, 29′) to put Lumshyiap ahead, but Umroh came back through Bankhraw Kharumnuid in the 33rd. There was great competition between the teams, but Pyntngen Kyllaih’s goal in the 67th minute assured Lumshyiap of a full three points, which should console the team after they lost 5-4 yesterday.

Langsning and Upper Shillong, meanwhile, both tried hard for the win, with end-to-end action witnessed throughout the game. Langsning might have had the edge, but Upper Shillong held on in defence and neither side could get a goal.

Tomorrow Little Star Football Academy and NorthEast United will clash at 9:00am in Group A, while Rympei take on Sohra at 11:00am in Group B. 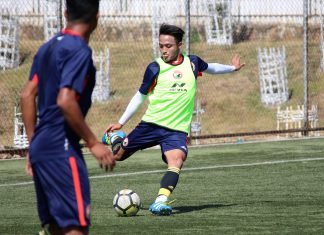 The Sports Room - February 1, 2019
0
Shillong, Feb 1: Aiban Dohling, a key plank in Shillong Lajong's defence, is rumoured to be heading to FC Goa at the end of the... 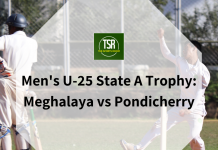 U-25 Men State A Trophy: Meghalaya eclipsed by Pondicherry 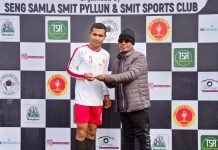 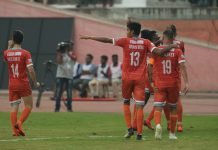 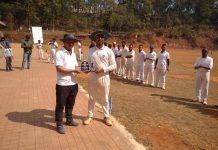