Shillong, Jan 27: Nongthymmai pulled off a stunning victory over NorthEast United in the final of the U-16 Republic Cup, winning 4-3 in a thrilling penalty shootout at the JN Stadium here today.

Only the narrowest of margins separated the two sides, who reached the finale after emerging as the best of the 10 teams that took part in the tournament, which began on 8th January.

NorthEast United were strong favourites going into the final as they were unbeaten throughout the competition and had even defeated Nongthymmai 4-0 in the group stage, but, in a twist of football fate, were not able to extend their dominance to the title match.

The eventual runners-up did take a first half lead and looked better in their ball control and passing, but Nongthymmai’s equaliser in the second session gave the latter a boost. Full time ended 1-1 and there was no change in extra time.

After all their hard work of getting themselves back into the game Nongthymmai then saw their title hopes almost disappear in the tiebreaker after their first two penalties missed the target, but they were rescued by the brilliance of their goalkeeper and captain Shanborlang Ryndong, who saved a couple of NEUFC’s spot kicks, and Nongthymmai eventually prevailed 4-3, to the delight of their supporters in the stands.

Ryndong had had a sensational day in goal, denying NorthEast United several times earlier in the game, but his performance was also well-appreciated throughout the tournament and he was named Best Goalkeeper. 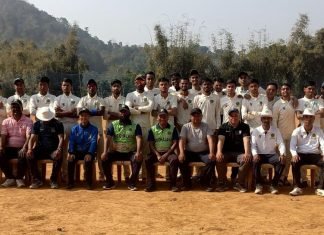 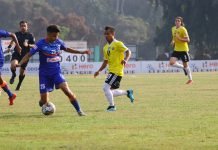 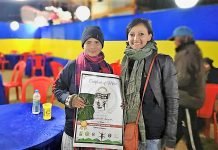 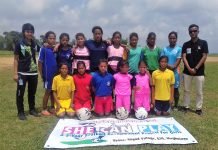 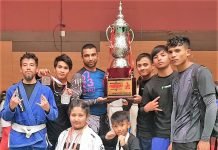