Shillong, Feb 3: Sohra defeated Nongkseh by 39 runs in the final of the U-14 Greater Shillong Cricket Tournament for the Late Mawlynnai Marbaniang Memorial Trophy here today.

After winning the toss and choosing to bat Sohra put up a challenging total of 159/9 in their 20 overs at the Cricket Ground in Polo, with Balajied Kharwanlang hitting 46 runs off 40 balls, while Dexter Swer added a helpful 32 off 35 deliveries. Faize Ahmed took 3-27 for Nongkseh.

In the chase Nongkseh were bowled out for 120. Aadi Raman top-scored with 33, while player-of-the-final Arshad Reza took four wickets with the ball, conceding just 12 runs in the process.

The tournament, which began last month, was organised by the Shillong Cricket Association and Meghalaya Cricket Association (MCA) with the aim of popularising the sport outside the state capital for boys at a young age. The plan is to get other district associations to take part next year.

At the closing ceremony senior state cricket official Naba Bhattacharjee said that the MCA is not interested in developing players over the age of 21, instead wanting to focus on youth cricketers who can grow and develop into senior players.

Taking the game to rural areas is vital if cricket is to compete with football in popularity within Meghalaya, he said, noting that there is plenty of cricketing talent outside Shillong, with the majority of the state’s women’s team made up of players from outside the city.

Four ‘clusters’ were chosen for the 2018 tournament – Upper Shillong, Nongkseh, Sohra and Mawsynram. Each cluster comprised several localities and villages.

The prizes were distributed by family members of the late Mawlynnai Marbaniang, Bhattacharjee and other senior cricket officials, Dister Marbaniang and Gideon Kharkongor. The Sports Room - January 9, 2019
0
Shillong, Jan 9: Aizawl FC have roped in a former Shillong Lajong coach - Stanley Rosario - to help them turn around their less... 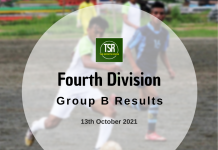 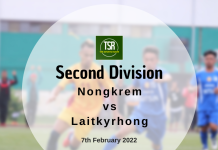