Shillong, Dec 31: Day two of their Ranji Trophy plate group match against Sikkim saw Meghalaya guest/professional Punit Bisht smash a sensational triple century, while opening batsman Raj Biswa struck a formidable figure in his innings of 175 as Meghalaya ended the day on 555/3, a lead of 336 over Sikkim.

Sikkim had been bowled out for 219 yesterday in Bhubaneshwar, to which Meghalaya had replied with 101/2 at the close of play. Biswa had finished the first day on 48 not out, with Bisht on 29.

Today, Bisht and Biswa were in impeccable form and added another 383 runs for the third wicket before Biswa finally fell leg before for 175. His innings contained 25 fours and came off 321 deliveries.

While Biswa provided the anchor role, Bisht at the other end was in fine fettle, whacking 48 fours and one six in his unbeaten 301, which came off just 293 deliveries.

Meghalaya absolutely dominated proceedings today, losing just the one wicket of Biswa. He was followed by Yogesh Nagar, who had hit 30 not out by the time the umpires called for stumps.

With two days still to go, Meghalaya will be looking for a New Year’s treat if they can beat Sikkim by an innings.

Meanwhile, in the U-19 Cooch Behar Trophy plate group, Meghalaya won the toss against Bihar and made their hosts bat first on the first day in Patna today.

At stumps Bihar had made 318/3, with Piyush Kumar Singh not out on 174. All three of Bihar’s wickets to fall were claimed by Meghalaya’s Abhishek (3/69). 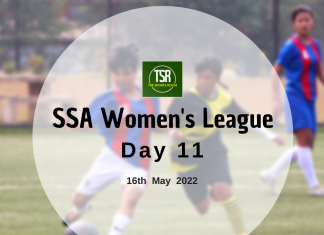 The Sports Room - May 16, 2022
0
Shillong, May 16: Rahjingshai were held to a surprise 2-2 draw by Onsides Sports in Group A of the Shillong Sports Association’s Women’s League... 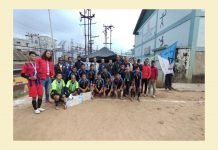 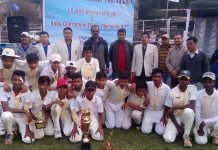 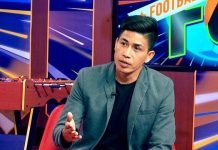 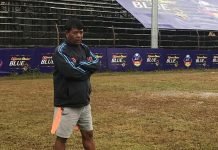