Shillong, Mar 9: Phrangki Buam became only the second Indian player to score six goals for Shillong Lajong in an I-League season yesterday when he produced a brace in the 3-2 defeat at home to Mohun Bagan.

Buam, just 18 years old, matched Boithang Haokip’s tally of six I-League goals from the 2013-14 season. He is also the only player from Meghalaya to score this many goals for Lajong in a single season.

“I’m happy to score my sixth goal in my debut season of the I-League,” Buam, who was man-of-the-match yesterday, said at the post-match press conference. “I thank my coach and manager who have always helped us and guided us.”

This was Buam’s first man-of-the-match award. He has played in all 20 games this season, making 19 starts and one appearance as a substitute.

Oddly enough Lajong didn’t win any of the matches in which Buam scored.

He scored his first goal in the 11th November match at Gokulam Kerala, which the Reds lost 3-1. He then lit up Shillong by scoring at home in the 2-2 draw against Minerva Punjab on 23rd November and then again in the 2-1 defeat to NEROCA, also at home, on 2nd December. NEROCA were on the receiving end of another one of Buam’s goals in the second leg fixture on 4th January (Lajong lost 3-2).

Then followed a two-month dry spell for the No. 14 midfielder before he scored from the penalty spot and then with a shot on the run on either side of half time against Bagan. 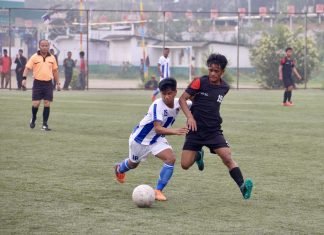 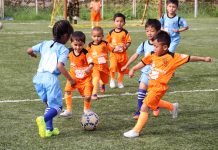 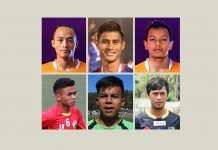 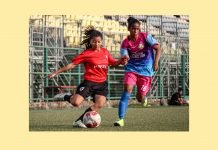 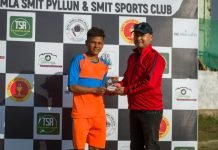