A Kurbah started things off with a goal in the sixth minute of the Group A match, with his team mate JB Rynthang doubling the lead three minutes later.

Kurbah then bagged a second goal in the 21st minute of the 70-minute match.

Playing on the dirt pitch, with pools of water dotting the field, made it a touch difficult for the players to control the ball.

The water did benefit E Kurkalang when it came to scoring the fourth goal, as a cross came in from the right and stopped dead in a puddle, which allowed nearby Kurkalang to smash the ball into the back of the net in the 37th minute.

Tomorrow, in Group B, Mawphlang are scheduled to face Rynjah at 4PM. 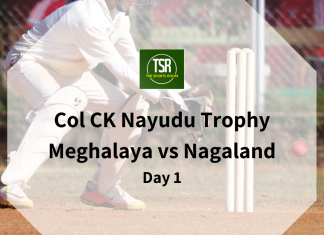 The Sports Room - March 29, 2022
0
Shillong, Mar 29: Meghalaya were dismissed for just 132 in the first innings of their Col CK Nayudu Trophy plate group match against Nagaland... 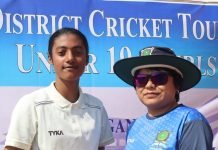 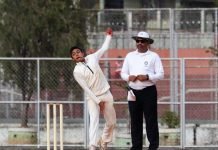 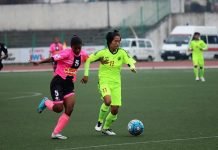 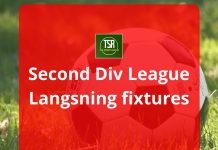