Umphrup had topped Group A, while Laitlyngkot (the only team not to lose a match so far) ruled Group C.

S Kharumnuid gave Umphrup the lead in the 31st minute but F Kharkongor cancelled this soon after in the 35th with a goal for Laitlyngkot. NL Nongbri then put Umphrup back into the lead in the 56th minute before Kharumnuid returned with his second goal in stoppage time.

Besides promotion, Umphrup also booked a place in the final. Their opponents will only be known after the second semifinal on 5th August between Nongmynsong and Pohkseh. 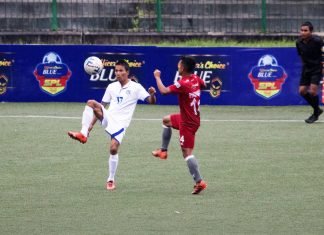 The Sports Room - September 3, 2018
0
Shillong, Sep 3: Shillong Lajong came from two goals to one down to beat Rangdajied United 4-2 in the Shillong Premier League at the... 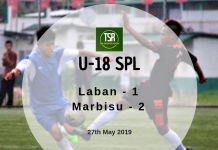