In Group A of Zone 1, EKH defeated All Jaintia Cricket Association by 67 runs, while SGH were nine-wicket victors over East Garo Hills in Zone 2.

No EKH batter made it into double figures but a large number of extras took them to 119 all out in 24.2 overs after they were made to bat first. Aidashisha Shadap (3/12) and Ritreki Pohshna (3/21) returned the best figures for AJCA. In the chase, Pohshna was left stranded on 23 not out as AJCA finished their innings on 52/9 (one batter was retired hurt). Blarida Dkhar (pictured) claimed 3/11 and was the player-of-the-match.

In the other game, EGH batted first on winning the toss but sensational bowling ensured that they were dismissed for just 16. Jaylynn M Marak scalped 4/5 in four overs, while Smillin N Sangma finished with 3/9 and Urmilla A Sangma 2/2 for SGH. Jaylynn scored 11 of the runs required and finished unbeaten. She was also named player-of-the-match.

Tomorrow, in Group B of Zone 1, South West Khasi Hills will take on Shillong CA. There will be no match in Zone 2. 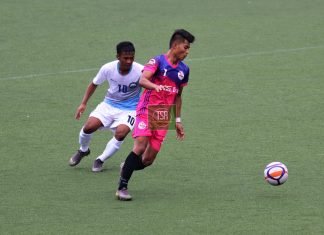 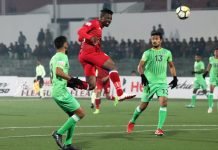 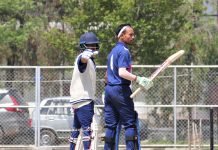 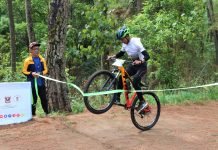 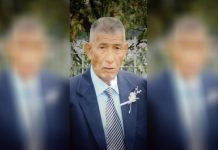