Shillong, Aug 2: After a highly entertaining first leg of the OC Blue Shillong Premier League 2021-22, the second half of the competition is all set to begin on Wednesday with defending champions Shillong Lajong FC going up against Rangdajied United FC. The match will be played at Third Ground, Polo, from 4PM. 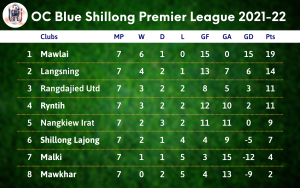 When the two sides met in the first leg, on 18th July, Rangdajied pulled off a historic 2-0 victory; that was the first time since 2016 that RUFC were able to get the better of Lajong in the OC Blue SPL.

This season, sixth-placed Lajong have not had the best of first legs, winning only against Malki SC and Mawkhar SC, the two clubs in the relegation zone. Rangdajied, meanwhile, have been inconsistent – they have picked up three victories but also been frustrated in draws with Malki and Mawkhar – and lie third in the table.

In the previous season of the OC Blue SPL, in 2019, Rangdajied were leading Lajong at the halfway stage only to see their rivals snatch the title away from them with an excellent second leg performance.

This time around, Lajong will certainly aim to move upwards but getting to the top would require a phenomenal effort, a task made even more difficult by how well Mawlai SC have done in the first leg.

Making their return to the OC Blue SPL after several seasons in the First Division, Mawlai have been standout performers in 2021-22, claiming 19 points from seven matches. Most impressively, they have done so without conceding a single goal in 630 minutes on the field.

The only question now is whether the club will be able to handle the pressure as they get closer to the end of the season. To steer them through they will have the benefit of an experienced coach in Khlain Pyrkhat Syiemlieh as well as some seasoned former OC Blue SPL champions in the form of their stellar goalkeeper Neithovilie Chalieu (formerly of Lajong) and the trio of captain Brolington Warlarpih, Fullmoon Mukhim and Donborlang Nongkynrih, who have all won the title before with Langsning FC.

While Rangdajied and fourth-placed Ryntih will both look to challenge Mawlai, they are 8 points adrift, so the nearest direct challenge to the leaders will come from twice champions and second-placed Langsning, who have 14 points.

The two sides are scheduled to meet on the last day of the league, 24th September. Mawlai defeated Langsning 2-0 in the first leg on 27th June and they could very well have the league wrapped up by the time they meet again in the return fixture. Only time will tell. 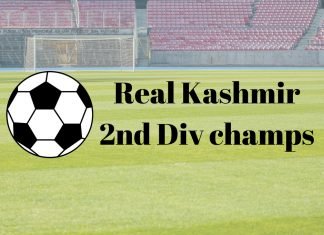 The Sports Room - May 30, 2018
0
Shillong, May 30: Real Kashmir FC (RKFC) will take part in the next season of the I-League after finishing as champions of the Second... 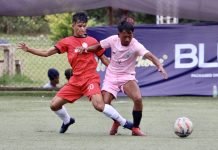 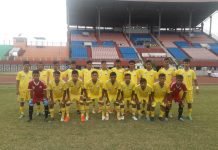 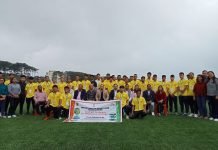 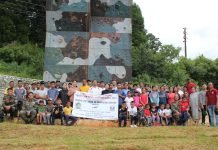