Shillong, Jan 13: Shillong Lajong FC will face their toughest home test of the season on Sunday when they face off against I-League leaders Minerva Punjab at the JN Stadium here at 2PM.

Fourth-placed Lajong have so far played five home games but only against one team currently in the top half of the table – NEROCA – who they lost to late last month.

Minerva arrived in the city on Thursday following a heroic 2-1 victory in Kolkata over Mohun Bagan. That was the Punjab-based side’s third win on the road out of four games and confidence is high in the ranks.

“Morale is very high and we are trying to keep it up,” Minerva’s coach Wangkhem Khogen Singh said at the pre-match press conference here on Saturday. “The match will be tight but we plan to fight hard,” he added.

SLFC coach Bobby Nongbet singled out Minerva forward Chencho Gyeltshen, who has scored four goals this season including the two at Bagan, as a major threat. Lajong have only conceded one goal in five fixtures in Shillong this year but the real test will come on Sunday.

“Minerva have been playing consistently well and with Chencho we have to be very careful,” Nongbet stated. He also informed that defenders Oh Juho and Laurence Doe are fit after missing out against Indian Arrows on Monday (where Lajong won 1-0), but a final decision on whether they are fielded will be taken only on match day.

Overall, however, Nongbet said his side have a “good chance” to claim victory.

“We played well against the Arrows and that is still on our minds. The area we need to improve most is in scoring. But we’ve worked hard to overcome any setbacks,” he said.

Also at the press conference were SLFC striker Abdoulaye Koffi, who scored his first goal in the last match, and Minerva goalkeeper Rakshit Dagar.

Dagar said, “It’s always difficult to come to Lajong and we can’t take any team lightly. The atmosphere in the side is great and we know what we want to achieve.”

Koffi also said that morale among the Reds is high.

“We all work together and will try to take three points. I’m very happy with my first goal and it has motivated me even more,” the Ivorian said. 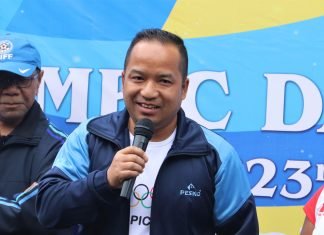 The Sports Room - September 15, 2022
0
Shillong, Sep 15: The start of the second edition of the North East Olympic Games, which Shillong is set to host, will be delayed,... 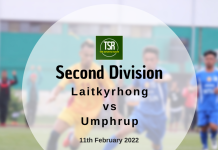 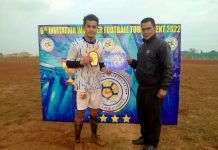 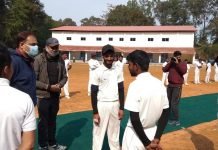 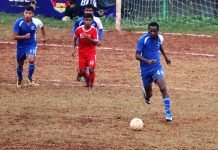