Shillong, Feb 7: A controversial last minute decision by the referee saw Shillong Lajong denied a point as Minerva Punjab held on for a 3-2 victory in Chandigarh today.

Abdoulaye Koffi headed in a cross in the 90th minute but the official ruled that the Lajong striker had fouled Minerva’s goalkeeper Rakshit Dagar in the process.

The match was really a tale of two different Lajongs. The one that appeared in the first half was dismal and the hosts capitalised on that and pulled out a two-goal advantage by the change of ends, Guy Dano (6′) and Gangandeep Bali (45+2) the scorers.

The Lajong that came out after the break was completely different. Whereas they were pretty much continuously on the back foot in the first half, they managed to pose threats to the Minerva citadel right from the word go.

The visitors maintained pressure and it finally paid off in the 60th minute when Daniel Odafin snatched up the ball from the defenders to score his first I-League goal for the Reds. Just four minutes later it was time for Laurence Doe to score his maiden goal, heading a Samuel Lalmuanpuia free-kick. He became the 25th foreigner to score for Lajong in the I-League.

Doe, however, had to be substituted later on because of injury, being replaced by Kynsailang Khongsit. With Oh Juho not starting (Aiban Kupar Dohling took his place for his first I-League start) that meant that Lajong had an all-domestic back line and Minerva regained the lead in the 81st minute when Gangandeep left-footed the ball past Phurba Tempa Lachenpa.

Then followed Koffi’s disallowed goal and the Ivorian missed an open header in the fifth minute of stoppage time as well, giving Minerva victory, which moved them back into first place in the standings.

This was the third consecutive match in which SLFC has conceded three goals. They have thus become the first team to concede more than 20 goals this season and they have the worst goal difference (-9) of any side. Although they stay in fifth place, Lajong have played more matches than any other club and there is a very real danger that they could lose several spots once the teams below them play out their games in hand. 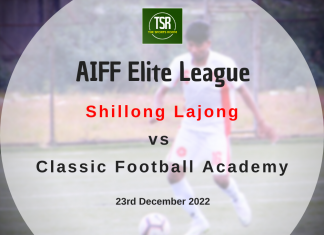 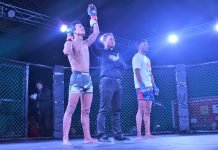 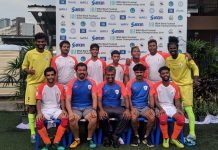 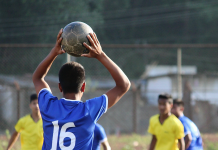 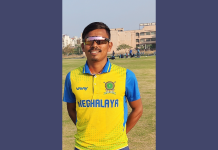