I think I have the right to be upset and in the process to question and criticise those in charge of Lajong because I have given a lot of physical (going to almost all the home matches) and mental (often dreaming of the team’s success) energy to the team.

For those who are going to be upset by it (individuals or supporters and well-wishers of those I am going to criticise), I can only say this – I don’t care.

Firstly, what is going on with the coaching situation? Who is the damn coach of this team? In some matches it is Bobby Nongbet who is handling things from the touchline. At other times, it is Alison Kharsyntiew who takes charge. Is there truth in the rumour that Bobby was brought in only for his A-License because Alison doesn’t have one?

If that is true then it is very demeaning to a coach of Bobby’s stature who has good experience in coaching junior as well senior teams. From what I know of Bobby’s record it is the final hurdle (T Ao final against Manipur, U-15 final against Minerva and sub-junior final against SAI) that has eluded him. But he must has clearly done something right to even reach that far. So, if he is being tricked for only his license, it is a very shameful act on the part of Lajong’s hierarchy. I hope that he didn’t go into this with full knowledge of the arrangement (if he did I have no sympathy for him).

Would he have been able to do a better job that Alison? I don’t know. But that is no excuse for such an action. This is plain and simple cheating (and yes other Indian clubs in the past have also done it but that is also not an excuse).

How much do the players know of the arrangement is another important question. Every coach has their own systems and preferences. If the players do not know who they are playing for, it becomes difficult for them to understand their role in the team. Has this uncertainty been the reason for the stop-start nature of the season for Lajong? It could have had a role to play. If this becomes one of the reasons for the team being relegated this season I won’t have any sympathy for the Lajong hierarchy.

Coming back to the game: what is happening with the team? Is there some kind of power struggle going on in the squad? Despite Lalrohlua not being able to perform the role that was designated to him during the last match, he was in the starting 11 again.

For a team desperate to win games, their determination is shown in the tackles and fouls they commit against the opposition players. It means that they are trying to fight for the team. Except for Daniel Odafin who was at it again, I find it hard to remember any foul committed by the other midfielders.

I was not surprised by Lalrohlua’s substitution after half time. But the surprise was that instead of bringing on a midfielder (like Hardycliff Nongbri) Alison went to a back-four and had Novin Gurung play as the midfielder. What kind of tactical decision was that? A player who has been making umpteen mistakes is his natural position is somehow going to shine in a previously untested position? Is it a sign of Alison’s unshakable faith in the player or was he trying to send a message to the players and others that he is the boss when it comes to making decisions for the team? Everybody be damned but he will make his own choices, no matter the consequences.

Maybe he wanted to show everyone that he has a strong character and can make difficult choices. But Alison didn’t make any brave decisions.

The foreign strikers were still on the pitch for the whole match in spite of them fluffing their chances. The two goals scored was due to the individual brilliance of Laurence Doe and Odafin (one of the few players who can hold their head high) and not due to Alison’s tactical decisions.

Instead he took the easy way out. Shaiborlang Kharpan stayed on the bench and was part of an unused third substitution in a game the team was losing. Leaving out good players during crucial matches and then improvising in the middle of the game is not bravery. It is stupidity at best and intentionally trying to lose the game at worst.

If the intention of the team selection was to boost his own pride rather than help the team win (it may upset his well-wishers but I don’t care), then Alison has shot himself in the foot. Sacrificing the interests of the team for personal satisfaction is unpardonable. It is not just his personal pride that is at stake here.

Forget about our (supporters’) feelings, which are just emotions. We’ll get over it. For me I will still support the team and go for their Second Division matches if they play at home or nearby. What is most important is that the team’s performance will have a very important bearing on the players’ livelihood and the investment that the club has made in the team.

This is not Indian Arrows or Gokulam Kerala who cannot be relegated. With relegation will come loss of revenue and livelihood. That is not something that will come back with remorse at the end of the season.

Maybe my elaborate conspiracy theory is wrong and there is a much simpler reason for the team’s performance. The other reason for the strange decisions that have cost the team six points is that Alison is simply not ready to handle the pressure of a top-flight job.

During the match against Mohun Bagan, as the clock was ticking down, it looked like he froze while standing on the touchline. I noticed him looking only once to the bench as the team was losing 1-0. He seemed scared and nervous to make a decision.

I very much liked him when he was coaching the team in the Shillong Premier League. Except on a few occasions when Hering Shangpliang (once with Malki and again recently with Langsning) outplayed him, he looked to be a person in control of things. I was looking forward to him being Lajong’s head coach. But then this is a bigger stage and maybe this job came too soon for him.

Simply put, he is not the right person for this job at the moment. He is not yet ready. So, is it the conspiracy theory or the simple truth that this job is a bridge too far for Alison to cross? Or maybe I am just ranting in an echo-chamber. In any case, whether my fantasies are true or not, Lajong’s position in the table is not a lie. Lajong are getting closer to a relegation dogfight, that cannot be denied. And they will be relegated if they don’t get their act together, that is a fact. 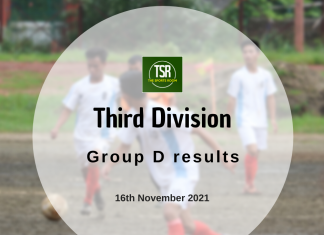 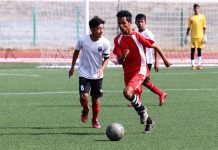 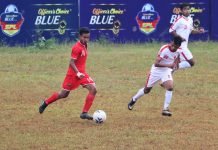 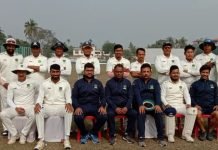 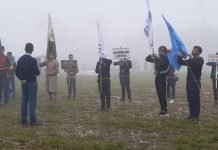