Bhogtoram Mawroh is back! He’s got some thoughts to share on Langsning FC, a day after they defeated Chennaiyin FC reserves in the Second Division League…

Langsning’s maiden Shillong Premier League triumph in 2017 was a very well-deserved effort. The team played well throughout the season and their match against Shillong Lajong was one of the best I have seen in recent times. And although I am a Lajong supporter, I have always admired how Bah Hering sets up his team to play.

The hallmark of his teams is their attacking moves, which are carried out with pace and precision. It’s a version of direct football, but instead of just hoofing a hopeful long ball into the box, players execute well-orchestrated moves and move the ball from the midfield to the front players through quick passing. Wide players provide the width, while the central attackers move around the box looking for spaces to exploit.

The ball is continuously circulated, with players who have the ball always looking to make a forward pass. It is a very fluid system and, although there are individuals who shine through, it is almost always a team effort.

It is this quality of collective performance that is going to be very crucial for Langsning in the Second Division League. However, there are certain things that worry me about the team.

The biggest concern I have is their lack of experience. During the first half the defence looked highly tentative. Brolington Warlarpih was losing headers that he should have won and Dibinroy Nongspung didn’t look very comfortable either.

Both Brolington and Dibinroy grew in stature as the minutes passed, though, and their performance in the second half was immense. Coordination among the back-four, though, will have to improve in the remaining matches. Nervousness also afflicted the attacking players as well, with wide players looking like they didn’t want to fight for the ball. But, as the game progressed and the pace picked up, the players started to look more comfortable.

For me this is a feature of the teams in the Shillong Premier League. SPL games have always been second half affairs. The first half can be boring as hell, but as soon as the second half starts the pace picks up. And it’s not just the game but the players’ performance that also improves dramatically.

I have always hypothesised that this is because the first half is more like an extended training session with players getting properly warmed up only after the first 45 minutes. Why, I would wonder, don’t they simply make the pre-match session more intensive? This way the first half wouldn’t go to waste. If they start aggressively and are able to score a couple of goals in the first 45 minutes, they can then manage the game better in the second half.

Whatever the validity of my theory might be, Langsning cannot afford to be as nervous as they were in the first half. They have to start stronger. It is always better to control the game rather than chase it. My personal opinion is that high intensity games (not long ball, but a quick and precise passing game) suit players from Meghalaya better and not the slow buildup that everyone raves about.

In the first half it looked like Langsning played with a 4-4-1-1 formation with Kento Sakurai dropping into the midfield to pick up balls and feed them to Donlad Diengdoh, who played as the lone striker upfront. The shape looked good but Sakurai’s touch was a big letdown.

Ebormi Buam and Fullmoon Mukhim played in the midfield, with the former being the more attacking of the two. Both started well but as others started raising their game they dropped theirs. In the second half when Ebormi was deployed to play higher up the pitch, with the team changing to a 4-3-3, his performance suffered. He kept losing the ball and committed silly fouls for which he should have got a card. His first touch was very loose and the only time that I can remember him creating a chance was when he a chipped a ball over the defender for the striker, which the Chennaiyin FC goalkeeper read well.

Fullmoon, on the other hand, was a player I was looking forward to watch the most. I like his composure on the ball. He harries the opposition players but doesn’t panic when the ball is at his feet. This game, however, showed his lack of experience in playing at a higher level.

He didn’t protect the ball well enough and was dispossessed by a player coming from behind at least twice. As he was running with the ball the opposition player simply stepped in front of him and snatched the ball away. This is highly unacceptable. He has to be more aware of his surroundings. Both Ebormi and Fullmoon are better players than what their second half display suggested.

One of the reasons for the drop in both Ebormi’s and Fullmoon’s performance in the second half was the physicality of the Chennaiyin players. I have a suspicion that Langsning will not be able to win physical battles with most of the teams in this League. Therefore I would prefer a three-man midfield for the remaining matches.

Regarding the attacking third, Donlad’s mobility and tenacity at the top is a big asset to the team and his commitment was almost rewarded with a goal. And when he was not getting the ball he kept making diagonal runs trying to create space and link with the wide players. I like the way he plays but he is a bit slow on the turn. For a player of his stature he has to be quicker on his feet, especially when he is inside the box. Being quicker on his feet might earn him a goal or at least a foul (which could lead to a penalty). Also I don’t think that he can carry the attack alone. Langsning cannot depend on him to convert all their chances, which means that in 4-3-3 Ebormi, in a 4-4-1-1 Sakurai (or anyone playing in his position) and the wide players – Kitboklang Pale, Donborlang Nongkynrih, Stephanson Pale – will have to help him.

Kitbok will have to make more diagonal runs into the box like he did in the second half. Kitbok was the player who shone the most in the match. Remembering his performance when he was playing for Laban in Shillong’s First Division when he calmly dribbled the ball inside the opposition box, I had high expectations from him. In the first half and the early part of second half he, however, didn’t look like that player to me. But the moment he turned his marker near the touchline it was an indication of a great performance to come.

His goal, which was a prime example of holding one’s composure under pressure, was a treat. After that he kept growing in confidence and could have had another goal as well. In the next match I would like to see him start with the same confidence from the first whistle. This goes for the other players as well.

The Second Division is a tough tournament. Teams in this division have some of the most talented youngsters in the country (found in the ISL reserve teams), with many others also trying to make a mark. This is not the level in which I want Langsning and their players to stagnate.

Whether it is Ebormi, Milancy Khongstia, Donlad, Fullmoon, Brolington, Kitbok, Dibinroy or others, I believe that they have the talent and the pedigree to play at the highest level. The players will improve with more matches and with Bah Hering’s guidance I am sure they will work very hard for the team.

Football is growing in the country and I believe players from Meghalaya will have a big role to play in its growth. The journey that Lajong started a decade ago has to be continued by Langsning now. And I am sure when they qualify for the I-League players from the state will shine the brightest.

I would love to watch all the matches, especially the home games. However, because they are on weekdays and before 5PM I am not sure I can make it for all of them. But my best wishes for the team and I hope they can make themselves, the team and the state proud. Cheers for Langsning. 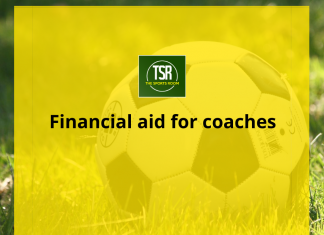 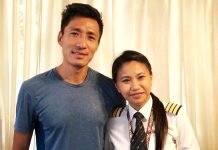 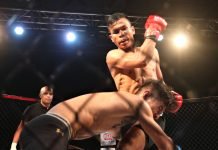 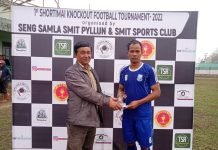