Bhogtoram Mawroh was elated with Shillong Lajong’s Super Cup victory over Pune City yesterday, but he’s a little concerned about player roles and tactics. He’s also got a word on Langsning’s win over Jamshedpur in the Second Division…

FC Pune City would not have been the team I wanted Shillong Lajong to face at an early stage of the Super Cup. They are a well-coached side with the very mercurial Marcelinho being one of the best players of the recently concluded ISL.

Even in this match he showed his class with some very neat footwork and a world class goal. When Lajong went down by two goals things looked very bleak. But the one player who throughout the season displayed a never-say-die attitude was there to bring the team back into the match.

Daniel Odafin’s tenacity won him the ball in the middle of the pitch, which he then fed to Abdoulaye Koffi to make it 2-1. Going into half time it was a much more hopeful scoreline.

For Lajong it was a match of two halves with the team putting in a much-improved performance in the second half. With Hardycliff Nongbri not in the squad, Redeem Tlang once again started in the middle of the park and played in a three-man midfield. The system may have been a 4-3-3, but with Samuel Lalmuanpuia also tucking in and Koffi also playing through the centre there was a complete lack of balance. Sheen Sohktung played on the right side and stuck to the wings, giving the right side some protection but the left wing was completely wide open.

It was therefore not a surprise to see Pune players operating with ease through that side. This was especially so because Redeem tended to keep going into the middle when he had the ball. In event the ball was lost Rakesh Pradhan was left to defend on his own. Redeem did help the left back but then the middle became a little light. Also it meant that Pradhan couldn’t venture too far lest he was caught out of position.

Maybe it was a deliberate tactic on the part of the coaching staff to play very narrow and through the middle. If it was it didn’t work, with Pune players finding a lot of space because of the lack of balance. Compressing the pitch is understandable when the team doesn’t have the ball. But the moment the ball is won, the team has to stretch the play. As it happened with this team in the past, everyone was standing just a few feet away from each other when they had possession. On the other hand, Pune bypassed Lajong’s tactic by using their wide players who stretched Lajong’s defence.

During the first half it was only on a few occasions that the team was able to drive forward. Redeem led the attack on such occasions and Sheen could have done better with some of the chances created during these bursts. Kynsailang Khongsit defended his side stoutly but the difference in physicality was very much evident.

Pune looked the much better drilled side in the first half. The two goals that were scored, however, were a product of individual brilliance. Jonathan Lucca’s magic strike and Marcelinho’s curling shot were a treat to watch. The first goal was out of reach of Nidhin Lal but he got a little glove on the second.

After the second goal was scored Lajong’s players were all over the pitch and if they had not scored their first goal there was the very real possibility of Pune running riot.

The second half saw a slight change in tactics with players leaving more space between each other. The passes were also much better with more distance in them. This created gaps for the attacking players, who could operate with more freedom. With more balance, Pradhan was also able to get much farther. It was one of his attacking runs that led to the equaliser courtesy an assist from Sheen.

Among the academy players on the pitch, Pradhan is one player who has made his debut quite late. This is in spite of the fact that based on his performance he has looked a much better player than Pritam Kumar Singh, who played regularly during the last two seasons. He always had excellent crossing ability with decent pace complemented by good ball playing skills. It was a surprise that he didn’t make his debut sooner. However, if there is one criticism I have of him is that he occasionally suffers from lapses of concentration. During such times, he seems to lack awareness of what’s around him and is often caught ball-watching. This had already led to a couple of goals in the I-League and almost resulted in another one during the early stages of the second half. Still, he has been one of the consistent players this season.

Sheen looked a little rusty in the first half but after the assist (his second this season) he looked greatly energised. The knock-on effect of the equaliser was seen on the other players of the team as well with Redeem looking particularly very impressive. He combined well with Samuela and was well-supported by Novin Gurung, who also had a good second half.

When Redeem first broke into the scene he wanted to take on players all the time. This led him to lose the ball on many such occasions. But after his return to the team he has tried to bring other players into the game. During this match, there were, however, times when he held onto the ball too long when he should have passed. The same was evident in Samuela’s game as well. On one occasion at least he failed to release the ball to Redeem who had drifted into an open space. Both these players need to tighten their game if they want to make it to the Indian team.

Though Samuela won the man-of-the-match award it could have easily gone to Nidhin Lal. Maybe he could have done a little better with the second Pune City goal, but it was his spectacular saves that kept Lajong in the game. Probably the two goals that were conceded went against him. Notwithstanding that, I have high hopes for him for the remainder of the tournament.

If there is one area that concerns me about this team is that there is a lack of a genuine winger – someone who can provide crosses behind the opposition’s defence from the wide areas. Though Redeem has played on the wings, he looks more comfortable in the middle where he can take the ball and run at the defence. With Samuela unwilling to put it a defensive shift (it was Koffi who had to drop deep to help with the defence) and Sheen still trying to find his feet only Kynsai (already playing in the right back position) and Samuel Kynshi are left.

If a change of tactics is required, the lack of options in the wide areas could be a problem. For me this lack of a genuine winger is disappointing because this is one area where the national team is still looking for options. As was evident from the recent India probables list, number 9 is another position that is vacant. If Shaiborlang Kharpan can continue with his good form (he has already score a hat-trick on loan with the Kerala Blasters reserves team in the Second Division League) he could be that option in the future.

Before I end, I would like to congratulate Langsning for comprehensively defeating Jamshedpur reserves in their Second Division match. They should have won all their matches up till now as they were the better team on all those occasions. However, it is still not too late. If they can beat Mohammedan Sporting in their next match there is still a possibility that they could top Group C. This will be their toughest match yet. Although I didn’t watch the game it was not a surprise that Stephanson Pale scored a brace. His direct style of play can create havoc for any defence. All in all it was a good day for Meghalaya football. I wish Langsning and Lajong the best for their future matches. Good luck! 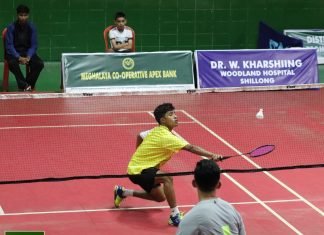 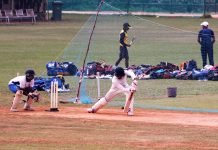