Shillong, Nov 22: After a disastrous three-match spell on the road Shillong Lajong will look to get back to winning ways when they face defending champions Minerva Punjab in the I-League at the JN Stadium here tomorrow. Kick-off is at 5PM.

Lajong lost all three of their away matches (1-0 to Indian Arrows, 3-1 to Gokulam Kerala and 4-2 to Churchill Brothers). With their 3-1 defeat to East Bengal at home before these three away games Lajong are on a four-game losing streak, something that has only happened once before for them.

The Reds have signed up new faces since they last played at home, but have stuck to an all-North East squad. Before they went to Indian Arrows Lajong announced that they had signed up two former players – defenders Mebankhraw Wahlang of Meghalaya and Nabin Rabha of Assam. On Wednesday it was revealed that they had also signed on loan Kitboklang Pale from Langsning. Pale is one of Meghalaya’s most prolific scorers and even scored the title-winning goal against Lajong in this year’s Shillong Premier League final.

Defence, though, is where Lajong are very vulnerable. They have conceded 12 goals in their first five fixtures – more than any club so far – and scored six, which is above average for them.

SLFC are second from the bottom in the standings with three points, only ahead of Aizawl FC, who are having an even worse time in I-League 2018-19.

Minerva, meanwhile, are in seventh with four points from as many games.

Their title defence has not quite gone to plan, with only one win, one draw and two defeats. Minerva have also been involved in a lot of travelling of late, first heading to Aizawl where they beat the 2016-17 champions 2-1 before moving down south to lose to Gokulam Kerala 1-0. Now they’re back in the North East and hoping to find more success here.

In their squad is a player who has some experience of playing for a Shillong club – the tall Ivorian defender Lancine Toure, who played for Langsning in the Second Division League earlier in the year. 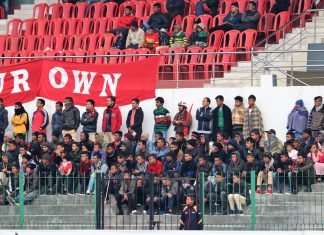 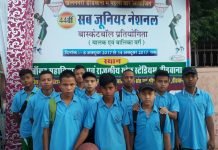 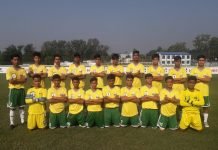 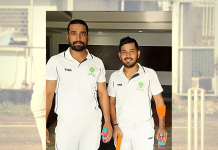