Shillong, Jan 24: Shillong Lajong will take on defending champions Minerva Punjab in the 72nd match of I-League 2018-19 in Chandigarh tomorrow. Kick-off is at 2PM.

Minerva may have the tag of defending champions, but they are far from the peak side that won the tournament last season.

When the two sides met in the first leg in Shillong, Lajong and Minerva drew 2-2. That point, which came on 23rd November, was the last point that SLFC have earned; they are on a seven-game losing streak, which is their worst ever in the I-League. They have also lost all seven of their away games this season.

The draw was disappointing in that Lajong were leading 2-0 before Minerva came back into the game. The Reds haven’t scored a goal in either of their last two games, though they did look better than they have in a long time against third-placed Real Kashmir, who beat them 1-0 last Saturday.

Coach Alison Kharsyntiew, however, still seemed down about their performance, saying at the post-match press conference that his players didn’t make good enough decisions after getting into attacking positions.

Minerva, for their part, have won just one out of six matches at home and will dearly want to change that for the better tomorrow. Like Lajong, they have not had a win in a long time – six games to be precise. Their last victory came in Kolkata against East Bengal 1-0 on 4th December. Incidentally, tomorrow’s fixture will be Minerva’s 50th in the I-League. 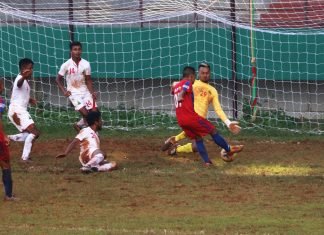 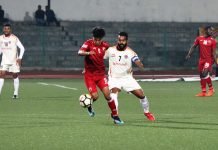 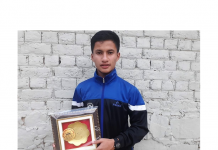 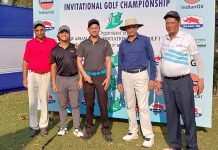 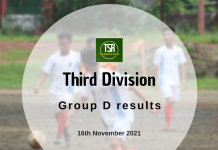