Shillong, Mar 25: Meghalaya have been drawn with Odisha, Goa, Delhi and Services in Group A of the Santosh Trophy final round, which will begin on 8th April and run until 21st April at the Guru Nanak Stadium in Ludhiana, Punjab.

Services are five-time champions, having last won the national football championship in 2015-16. Goa are also multiple champions, but have not lifted the trophy since 2008-09, though they were runners-up in 2016-17.

In Group B are Assam, Maharashtra, Karnataka, Punjab and Sikkim. The top two teams from each group will progress to the semifinals.

Meghalaya reached the final round after being the top team from Group A in the North East qualifiers, which were held in February in Mizoram. Meghalaya first beat Tripura 3-0, followed by a 1-0 win over Mizoram.

The state squad has yet to be announced by the Meghalaya Football Association, though it is likely to be close to the same as that which took part in the zonal qualifiers. 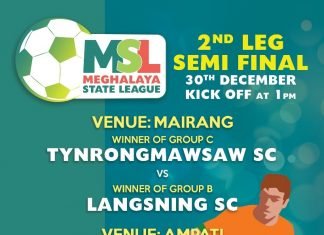 The Sports Room - December 29, 2017
0
Shillong, Dec 29: It is absolutely all to play for on Saturday in the second leg of the Meghalaya State League's semifinals, with each... 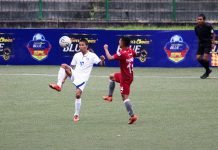 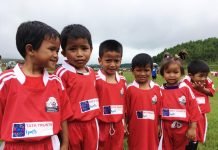 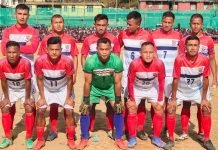 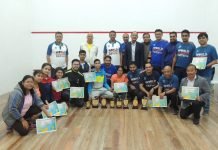