Shillong, May 22: Sethu FC of Tamil Nadu turned around a first half deficit to beat Manipur Police 3-1 and win their first Indian Women’s League trophy in the final at the Guru Nanak Stadium in Ludhiana today.

Sethu were totally unmatched in the final round, winning all five of their Group B games (including against Manipur Police), besides the semifinal and final.

Radharani Devi had put Manipur Police in the lead towards the end of the first half, but an own goal by Umapati Devi put Sethu back in the game, before their Nepal international Sabitra Bhandari turned up the heat to score two goals and win it for the Madurai-based side.

Bhandari was the player-of-the-match, while Sethu’s Ratanbala Devi was the emerging player of the tournament. Bala Devi, the captain of Manipur Police, was the top scorer with an astounding 26 goals and picked up the Golden Boot. Sethu’s Sandhiya was judged the Most Valuable Player.

Sethu were semifinalists last year when the IWL was held in Shillong. 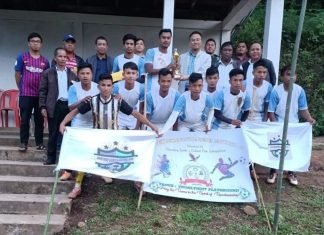 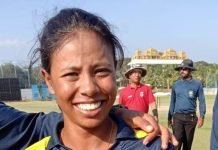 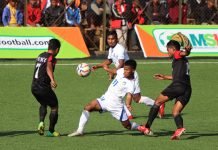 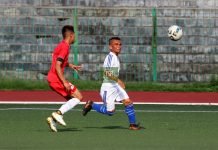