Shillong, Jul 30: Sawmer had an absolute field day against Nongkrem in their First Division match at the JN Stadium here today, winning the contest 9-2.

Gamelial Kharlyngdoh recorded the first hat-trick of the season, scoring goals in the 21st, 28th (via a penalty) and 33rd minutes as Sawmer overturned an early deficit, which was brought about when Elbren Roy Mawthoh put Nongkrem into the lead in the 13th.

Bankyrshan Mawthoh then pulled a goal back for Nongkrem in the 40th minute and Sawmer went into the break leading 3-2.

Rheadolf Nongneng Daloi turned in a fantastic long distance strike in the 58th to increase Sawmer’s lead, but then there was a quiet period until Daloi smashed in another goal in the 81st.

That seemed to have done it for Nongkrem and Sawmer were able to score at will, pumping in another four goals, which came from substitutes Yangming Khriam (87′, 89′) and Tony Syngkli (90′, 90’+1).

Tomorrow Smit are scheduled to face Mawlai at 3:45PM. 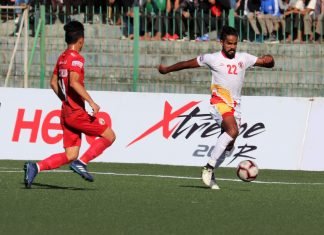 The Sports Room - November 1, 2018
0
Shillong, Nov 1: A brace by Jobby Justin ensured East Bengal's happiness as they beat Shillong Lajong 3-1 in their I-League meeting at the JN... 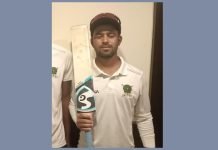 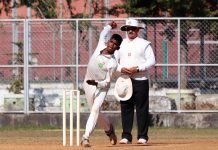