They thus became the third team from the city to qualify for the final of their respective category, with H Elias Higher Secondary School and Shillong College Higher Secondary Section making it through their semis in the Junior and Senior Boys categories yesterday.

Both players were involved in each of their team’s goals, with Buam going deep on the right and crossing the ball in for Khongjoh to score from in the 27th minute.

Exactly half an hour later, Farook College found a way to equalise after they converted a penalty following a handball in the box by Shillong College’s Batskhembor Nongkynrih.

Parity, however, barely lasted any time at all as Shillong College retook the lead in the 59th minute. What proved to be the winning goal came about after a through ball saw a defender and Khongjoh battle it out. At the same time the Kozhikode goalkeeper came out as well and just before the keeper could gather the ball the defender fell to the ground, accidentally knocking the ball away from the goalie and into the path of Buam, who had an easy tap-in in front of an empty goal. 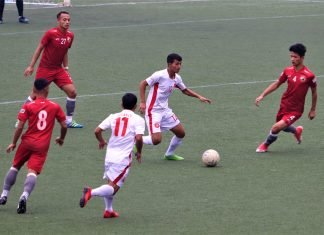 The Sports Room - November 1, 2018
0
Shillong, Nov 1: The final of the Shillong Premier League 2018, to be held between defending champions Langsning and Shillong Lajong, will take place... 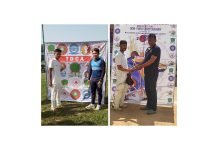 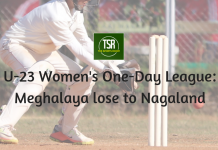 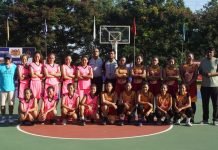