H Elias came from behind to defeat ASC Boys Sports School of Bangalore 2-1 in the Junior Boys category, while Shillong College romped to a 4-0 victory against Mamta Modern Senior Secondary School of Delhi in the Senior Boys category.

H Elias’ match began disastrously with the Bangalore school taking the lead with less than a minute on the clock. The Shillong school managed to get the equaliser, however, in the 20th after Gladdy Kharbuli converted a penalty kick.

Sangti Janai Shianglong then netted the winner in the 33rd minute of the hour-long match to send H Elias into the final, where they will meet Government Oriental High School of Kerala, who they already beat 4-0 on 31st December. The Kerala school had defeated Maharana Pratap Sports College of Dehradun in the other semi today.

Shillong College, meanwhile, had no real issues against Mamta Modern, scoring two goals on either side of half time.

In the 50th minute the Mamta Modern goalkeeper managed to block a shot off H Elias, but the ball was kept alive and Kitboklang Khyriem scored to make it 3-0. Khyriem had another chance in the 88th but his header came off the crossbar, allowing Torilang Wanniang to score right towards the end of the match.

Shillong College will meet the winner of the second semifinal – ASC Boys Sports School of Bangalore or Malabar Special Police HSS of Kozhikode – in the final. The second semi had just begun as TSR wrote this report. 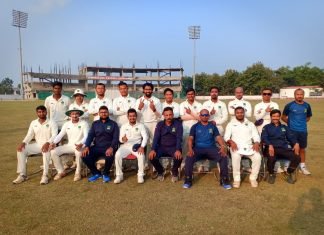 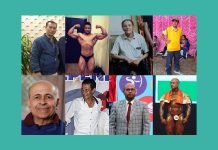 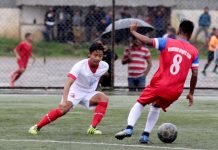 U-18 SPL: Lajong continue on their merry way, Lawsohtun move off... 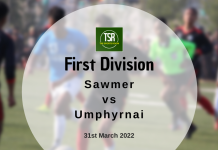