All three players were instrumental in Lajong’s triumphs in the Shillong Premier League and Meghalaya State League last year.

Nineteen-year-old midfielder Kynshi scored one goal in the SPL and eight in the MSL. He also has six I-League goals to his name and was part of the SLFC side that won the U-18 Youth League (now Elite League) in 2017-18. Apart from Lajong, Kynshi has also played an important part in the Shillong College team in the Reliance Foundation Youth Sports football championship and has broken into the Meghalaya state team.

Kharshong, meanwhile, captained Lajong to those twin championships and was named Best Defender in the SPL. Like Kynshi, the 20-year-old defender was also part of the U-18 Youth League team in 2017-18.

Naorem is the newest among the three to have come to Lajong, joining the ranks in 2017. He scored six goals in the SPL and seven in the MSL to cap a terrific 2019.

Kerala Blasters are in Group C of the Second Division. The reserve sides of the Indian Super League teams will only play in the group stage of the competition.

The Sports Room - January 22, 2020
0
Shillong, Jan 22: Meghalaya were forced to follow-on on the second day of their U-23 Col CK Nayudu Trophy match against Puducherry in Puducherry today... 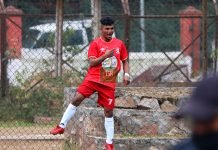 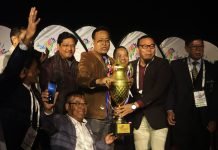 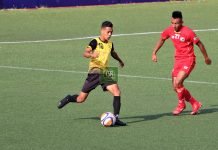 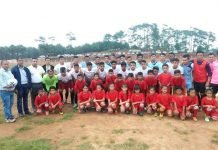