This was the final round of matches to take place before the WFL was called off due to the partial Covid-19 lockdown implemented in Maharashtra.

Not only that, the next day it was announced that the Indian Women’s League, for which the WFL was a qualifying tournament, would be postponed because of rising numbers of cases in Odisha, which was meant to host the IWL. It was as we feared it would be.

The Meghalaya girls playing for PIFA have had a very successful time during their spell in Mumbai. The club finished as runners-up in the Mumbai league, and, though it was still early days, were strong contenders for the Maharashtra title.

They had won their first match on April 3 by 11 goals to nil, with Marbarin Nongrum and Betsheba Kharsyntiew scoring a brace each. These two can be seen in the featured photo on either side of Nongbet, with Badarisha Kharumnuid also in the picture (front row second left). 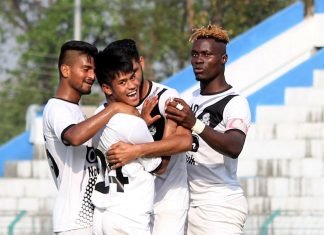 The Sports Room - March 22, 2019
0
Shillong, Mar 22: Meghalaya's Stephanson Pale (pictured centre) has certainly made a mark in the Second Division League (the I-League qualifiers) for his side... 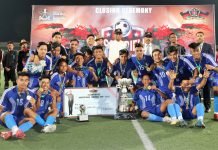 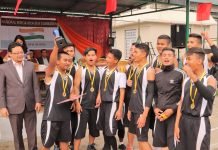 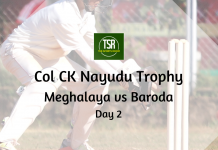 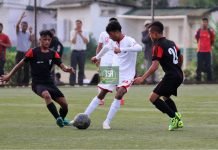