While Goa will be taking part in the AFC Champions League, Bengaluru will be involved in the AFC Cup qualifiers.

Tlang played 10 matches and 351 minutes for the Gaurs in the recently-concluded ISL 2020-21 season, scoring once. Dohling was on the field for 376 minutes in his eight appearances, while Buam hasn’t really been seen except on the bench for 11 matches.

Lyngdoh (second right), meanwhile, featured for the Bengaluru B team in the local league in Karnataka, where the club finished second in their most recent campaign. His performance there was noticed by new Bengaluru coach Marco Pezzaiuoli and he was brought over to train with the senior team and has now made his way into the 29-member squad. Lyngdoh is one of five reserve team players who have graduated to the senior side.

BFC announced yesterday, without disclosing any names, that three players and staff had tested positive for Covid-19 but their preliminary stage two clash against Nepalese side Tribhuvan Army FC, on 14th April, will be going ahead. 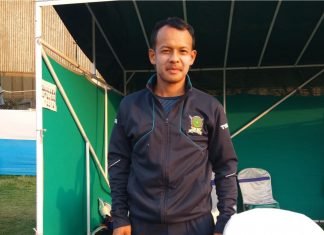 The Sports Room - February 13, 2020
0
Shillong, Feb 13: Meghalaya have Arunachal Pradesh firmly against the ropes in their Ranji Trophy match in Dibrugarh after a strong performance on the second... 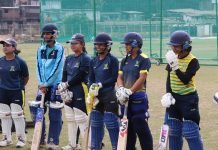 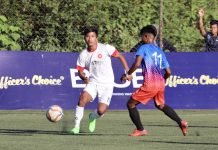 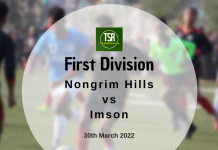 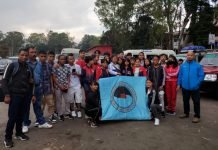