Shillong, Dec 2: Meghalaya qualified for the national round of the men’s Senior National Football Championship for the Santosh Trophy by defeating Arunachal Pradesh 2-0 at the JN Stadium here today and thus topping Group A of the North East zone.

Going into this game, Meghalaya needed just a draw to finish at the top of the group going into the nationals while Arunachal needed a victory. 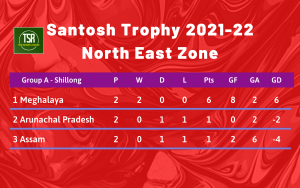 Meghalaya had trounced Assam 6-2 in the opening fixture on Sunday, while Arunachal and Assam played a scrappy 0-0 draw on Tuesday.

Arunachal did not make it easy for the hosts but they were reduced to 10 men after Gyamar Tating picked up a second yellow card early in the second half.

Just before that, Sangti Janai Shianglong was brought on as a substitute by coach Bobby Lyngdoh Nongbet and he would go on to score Meghalaya’s opening goal in the 87th minute.

The visitors then conceded a penalty in stoppage time and the spot kick was converted by Hardy Cliff Nongbri to make it 2-0. 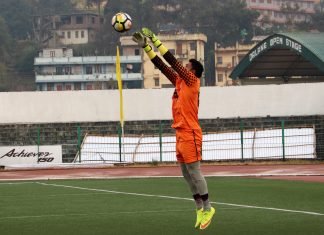 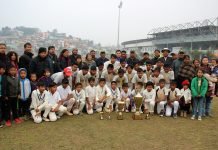 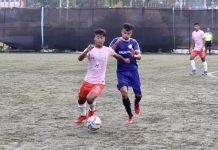 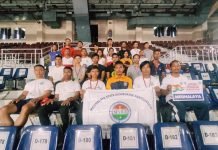 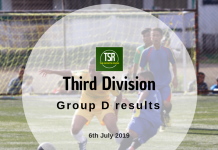