Shillong, Feb 4: A match that had it all saw Umphrup claim a 3-2 victory (and the lead in the standings) over Wahingdoh in Group B of the Shillong Sports Association’s Second Division at Third Ground, Polo, here today.

The game had freezing rain, both sides taking the lead, five penalties (three of which missed) and a post-final whistle red card.

Umphrup took the lead in only the fourth minute through Bannangkiewshaphrang Khriam, the fastest goal so far of the division this year.

However, Umphrup went on to miss a penalty kick later in the first half and missed another in the second.

Wahingdoh then had two spot kicks of their own, which gave them a 2-1 lead on 65 minutes. The first saw Hame B Khongphai’s shot pushed by the goalkeeper onto the upright and, fortunately for Wahingdoh, back towards Khongphai and he scored off the rebound (60′). The second saw the Umphrup custodian guess the right way again but this time he couldn’t keep out the shot of Rahbok Synnah (65′).

Umphrup tried to find a way back but lacked finesse, which Wahingdoh were guilty of too. However, they won yet another penalty and this time it was converted by Nongpynkhraw Kshiar (83′).

That goal lifted his team’s spirits while Wahingdoh looked ragged at the back and they soon went behind once again after Shanmeiaki Warlarpih (88′) scored in open play. This is only the second time in 13 matches that a team has won from behind.

Some of the Wahingdoh players weren’t happy with certain decisions of the match officials and one of them picked up two yellow cards, and thus a red, for some rash words after the game.

This is the third time in as many matches that Wahingdoh have conceded three goals but they came terribly close to claiming points today. As it is, their tally remains on nought. Umphrup, meanwhile, had drawn their first two fixtures but now climb to first place in Group B with five points, though they played an extra game and are just a point ahead of their closest rivals, Sohiong, Nongkrem and Laitkor. 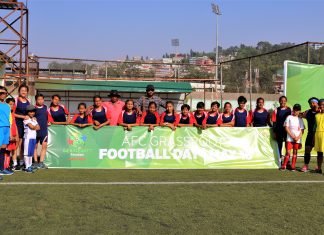 The Sports Room - May 15, 2019
0
Shillong, May 15: The Asian Football Confederation celebrates its annual Grassroots Day on 15th May with the intention to increase participation at all levels...

Opinion: Lawmali vs Assam Rifles – A prelude of what could... 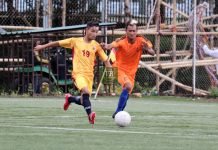 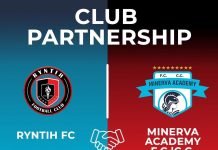 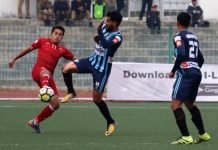 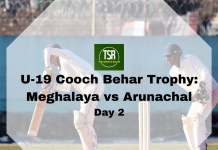