Shillong, Feb 28: Mylliem went behind but a brace from Sambor Rapsang (pictured right after the match) saw his team into the final of the Shillong Sports Association’s Second Division after they beat a spirited Sohiong 2-1 in the first semifinal at Third Ground, Polo, here today.

A place in the final also means that Mylliem will be promoted to next season’s First Division.

All three goals were via headers by defenders. It all began with Sbinstar Jana scoring off a corner in the 11th minute for Group B runners-up Sohiong. This happened to be his club’s fastest goal of the season.

However, Rapsang equalised in the 42nd minute for Mylliem and scored in similar fashion again in the 67th to put the Group A toppers into the lead.

Sohiong threw everything at their opponents to try and draw level and that made for some highly entertaining football as possession swung from end to end but Mylliem held on for the victory. This was Sohiong’s first defeat of the season and it proved to be a costly one. 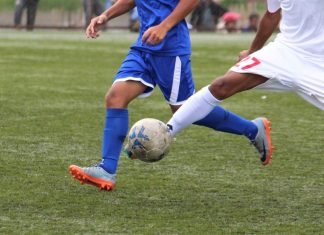 The Sports Room - September 2, 2022
0
Shillong, Sep 2: Kalyan Chaubey stormed to victory over Bhaichung Bhutia in the presidential election of the All India Football Federation in New Delhi... 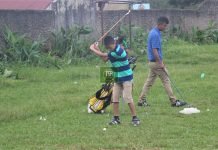 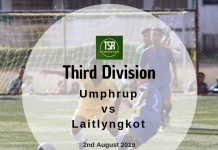 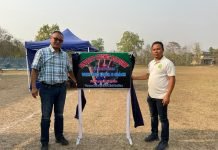 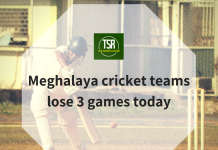