Shillong, Mar 12: DB Ravi Teja has bid farewell to professional cricket after a span of 16 years, ending his innings with Meghalaya, for whom he has played as a guest professional since 2018-19.

Teja ended his first-class career, which took him from his native Andhra Pradesh to the hills of Meghalaya, with a century against Gujarat in his very last innings of the Ranji Trophy earlier this month. Meghalaya were playing their maiden season of elite level Ranji cricket and Teja’s 133 was the highest score of any of his team mates.

The 34-year-old has played 78 first-class matches and scored 4,722 runs. His highest score was 204 not out, which he made for Meghalaya against Mizoram in January 2020. Teja had also hit two more centuries, two fifties and claimed a few wickets with the ball as well for Meghalaya in the Ranji Trophy.

He has also wielded bat and ball in the Vijay Hazare Trophy (one day cricket) and Syed Mushtaq Ali Trophy (T20), where he made a further century and three half-centuries for Meghalaya alone, as well as for the India U-19 cricket team and Deccan Chargers in the Indian Premier League.

“I feel extremely blessed to have been associated with a new team – Meghalaya Cricket Association – where I had the chance to mentor some young talents with excellent scope in this game and win some of the most exciting games in my career,” he said. “I’m grateful for the opportunities given by the MCA and feel fulfilled to be ending my career with them and this team will always be close to my heart.”

Plenty of rich tributes have come in following the announcement.

“Ravi Teja is a godsend for our state, just as Punit Bisht, Sanjay Yadav and now Chirag Khurana (the other professionals who have played for Meghalaya) are. His name was suggested by none other than the legendary Md Azaruddin from Hyderabad,” the MCA’s Apex Council said in a message of gratitude. “He was taken at a time when Meghalaya was new to the cricket environment. It was important to have experienced players to lead and guide our amateur players and with his help we could build up the state team. He contributed a lot with runs but more than that is the humility and confidence he instilled in our local players.”

The MCA thanked him for his “rich contributions” to Meghalaya cricket and wished him the best for his future endeavours as a coach, a role which may yet bring him back to the state.

Others who spoke fondly of Teja included Khurana, Yadav and Bisht, the latter who described him as “one of the nicest humans I’ve ever come across”, and Meghalaya senior men’s team trainer Himmat Singh Rawat.

In a message to Teja, Phukan said that he was “blessed and honoured to have shared the ground alongside you. Thank you for the guidance you’ve given me on and off the field.” 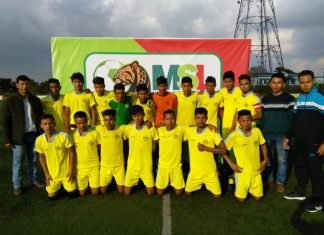 The Sports Room - December 3, 2019
0
Shillong, Dec 3: Umrit bagged their first points of the Meghalaya State League with a 1-0 victory over Royal FC in Group A in Jowai... 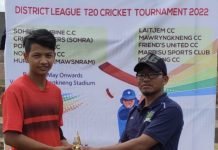 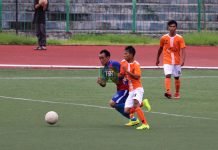 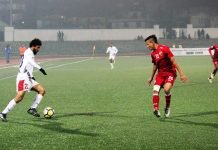