Made to bat first after losing the toss, the Lions posted 209 all out in 48.1 overs. The Sharks were in a precarious position on 27/3 after 17 overs when rain intervened. They were set a revised target of 188 in 42 overs but fell well short of this, all out for 136.

Simsang’s players rejoiced after winning the toss; they lost yesterday after batting first to Umiam Eagles and wanted to have a go at Myntdu’s batters under the grey skies.

However, most of the Lions had the measure of conditions, though only captain Dippu Ch Sangma went on to play a big innings of 62, which included four fours and Myntdu’s only six. Three other batters will have been disappointed at getting out in the 20s – Junjun M Sangma (24), Manish Rai (24) and Rohit Shah (22). Had they continued on the Lions might have even reached 225 or 250 but, nevertheless, 209 is still the highest score in the tournament so far.

Simsang skipper Akash K Choudhury utilised eight bowlers, including himself. Amiangshu Sen (2/24), Choudhury (2/25) and Aravind Singh (2/34) were the most successful bowlers, while Mark Ingty (1/15), Sanvert Kurkalang (1/23) and Shaisngi Lyngdoh (1/23) claimed one scalp each.

In the chase, Simsang progressed slowly and lost two of their top batters to pace bowling and one to spin as a smattering of rain hit the ground. The covers then came on but, thankfully, could be removed shortly, though a few overs of play were lost.

Set a revised target, the Sharks proceeded at a more lively pace, with Choudhury playing a highly entertaining knock of 37 off 39 balls, which included two big sixes. Wallambok Nongkhlaw (36) provided good company at the other end as the pair took their team from 50/5 to 109/6 before Nongkhlaw was trapped leg before by Riboklang Hynniewta (3/29). Choudhury followed later on, becoming another victim of Hynniewta’s medium pace.

Myntdu now have three points (they earned only one after their first match was abandoned on Monday) while the Sharks have suffered two straight defeats. Tomorrow will see Symper Panthers get their first outing when they take on Nokrek Tigers from 9AM. 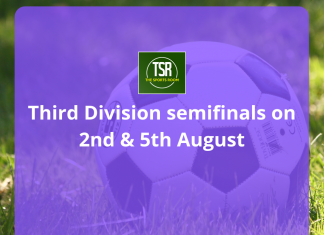 The Sports Room - July 30, 2019
0
Shillong, Jul 30: The semifinals of the Shillong Sports Association's Third Division football league will be held on 2nd and 5th August at the... 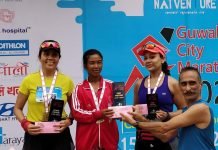 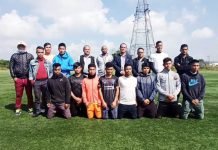 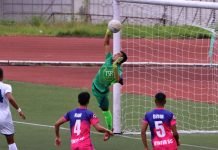 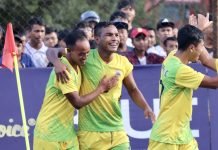