Shillong, Jun 11: Meghalaya’s hopes of reaching the final of the football event of the Khelo India Youth Games in Haryana were ended today after they lost to Kerala 3-1 in a penalty shootout.

Three wins on the trot saw Meghalaya top Group B and they had to face runners-up from Group A Kerala in the semifinal round.

After a goalless 90 minutes, the match went straight to penalties and here Meghalaya were foiled by Kerala goalkeeper Surajith Kumar, who made two saves.

Another penalty kick by Meghalaya sailed over the bar and only Babysunday Marngar succeeded from the spot.

By dint of reaching the last-four, Meghalaya earned a bronze, the only medal the state has won at the event. 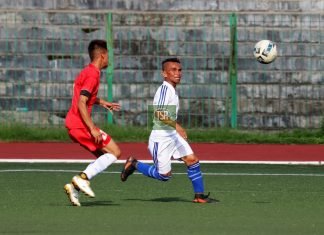 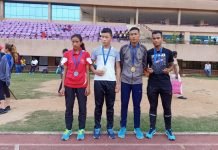 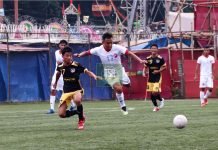 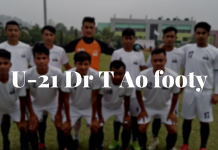 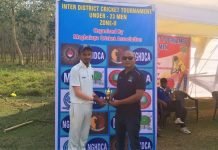