Shillong, Oct 4: Meghalaya won their third match of the Women’s U-19 T20 Trophy by exactly 50 runs against Sikkim in Hyderabad today, thanks largely to Awesa G Momin’s four-wicket haul. 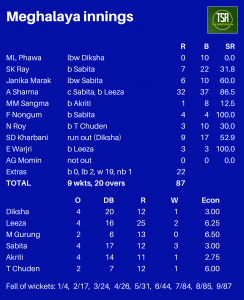 After choosing to bat first on winning the toss, Meghalaya made 87/9 in their 20 overs before bowling Sikkim out for 37 in 18.1 overs in the Group B match.

Momin claimed 4/1 in 2.1 overs. Three of her scalps were tail-enders but the other was that of Sikkim captain Diksha, who top-scored with 11.

Meghalaya’s other successful bowlers were Neelam Roy (2/3), who claimed a wicket with the very first ball of the second innings, Sara Daffica Kharbani (1/5), Sistilin Ryntathiang (1/9) and Ankita Sharma (1/11).

Earlier, Sharma produced the bulk of Meghalaya’s runs with a fine innings of 32 from 37 deliveries before she fell in the last over of the innings. In a 40-run partnership with Kharbani (9), she took Meghalaya from a slightly precarious 44/6 to 84/7.

Meghalaya will now have a day’s rest before taking mighty Karnataka on Thursday. 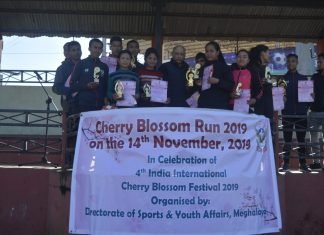 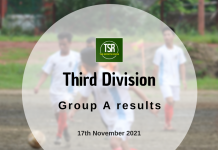 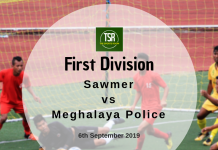 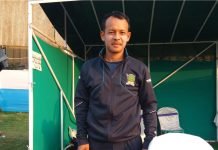 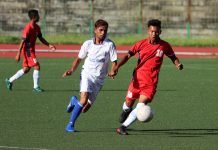