Shillong, Oct 7: Meghalaya lost their opening fixture of the Vinoo Mankad Trophy, a one day tournament for U-19 boys, by seven wickets to Odisha in Pune today. 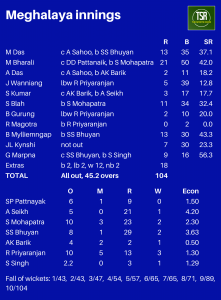 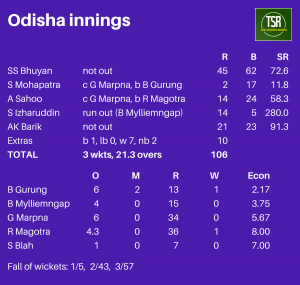 Meghalaya were made to bat first after Odisha won the toss and they got off to a good, if sedate, start thanks to a 43-run partnership for the opening wicket by Mrityunjay Bharali (21) and Mrinal Das (13).

Captain Bharali’s fall led to a mini collapse, however, as Meghalaya lost five wickets for 14 runs.

There were glimmers of hope further down the order in the form of Shavian Blah (11), Banialam Mylliemngap (13) and even the 25-run last wicket stand between Jeremiah L Kynshi (7 not out) and Gavineal Marpna (9) but Meghalaya were, in the end, all out for 104 in 45.2 overs.

In the chase, Bharat Gurung (1/13) picked up an early wicket and Raghav Magotra (1/36) another – both thanks to catches by Marpna – while the third Odisha batter was run out by Mylliemngap.

Meghalaya, though, could not make further inroads and Odisha knocked off the required runs in 21.3 overs.

Meghalaya will next take on Goa tomorrow. Goa’s opening game against Tripura today was washed out. 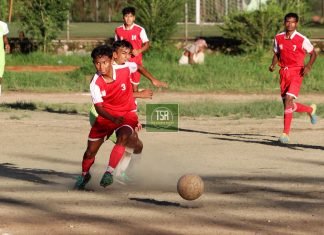 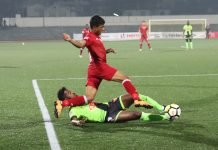 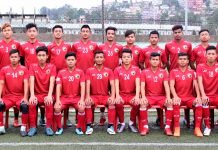 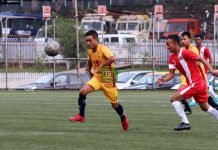 Second Division: Wahingdoh-Mylliem match abandoned after 78 minutes due to rain