218 transfers in all this year

Shillong, May 10: Sawmer and Nangkiew Irat, who both secured promotion to this year’s Shillong Premier League (SPL), signed the most players in the Shillong Sports Association’s transfer window, which closed last week.

Nangkiew Irat, last year’s First Division champions, signed up 12 players, including Maitshaphrang Kharumnuid, Chesterfield Nongdhar and Lambor Nongsiej, the last of whom was the top scorer for Malki in SPL 2017. Sawmer, who finished second to Nangkiew, picked up 18 players, including Rheadolf Nongneng, the young, impetuous talent from Shillong United. Both teams released three players each.

Meanwhile, despite still no official confirmation from the club, it looks like Shillong United have indeed wound up operations, with 25 of their players going to other clubs and no signings made.

Among the big clubs in the SPL, 18 players from Rangdajied went to other clubs, while the 2017 runners-up signed up nine, one of whom is Samson Nongrum, Meghalaya Police’s top scorer last season. The cops, for their part, took on just one player – Fernando Shadap Manar, formerly of Malki.

The First Division consists of 10 clubs, while the Second and Third Divisions contained 14 and 31 teams respectively last year. Rising and Sohryngkham made the jump to this season’s First Division, while Laitkor and Lawsohtun gained promotion to the Second Division. 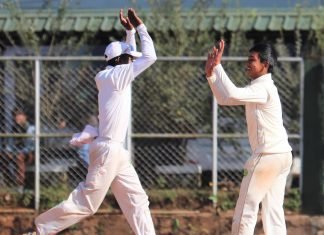 The Sports Room - December 3, 2017
0
Shillong, Dec 3: Meghalaya required less than 25 overs on the third and final day of the U-16 Vijay Merchant Trophy zonal qualfier to... 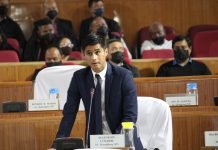 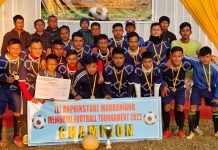 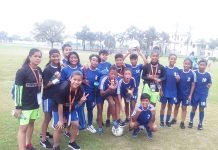 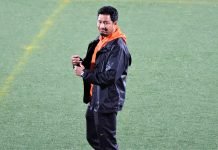