Shillong, Dec 18: Meghalaya’s bowlers took all 20 Sikkim wickets on the third day of their U-23 Col CK Nayudu Trophy plate group match in Anantapur, Andhra Pradesh, today to win by a huge innings and 288 runs.

Meghalaya had made 405 in their first innings, to which Sikkim had responded to with 2/0 at stumps yesterday.

Today Meghalaya twice ripped through Sikkim’s batting lineup, first dismissing them for 63 and then, after enforcing the follow-on, for 54, which saw them to victory with a day to spare. This was Meghalaya’s first win in the tournament.

Meghalaya had no hesitation in enforcing the follow-on and in Sikkim’s second innings Pawar claimed 4/10, while Arbin took 4/11. Md Nafees (1/4) and Kumar (1/11) were the other wicket-takers.

Rohit Shah, who shone with the bat in Meghalaya’s innings with a double century, took three catches and made two stumpings as wicketkeeper today. 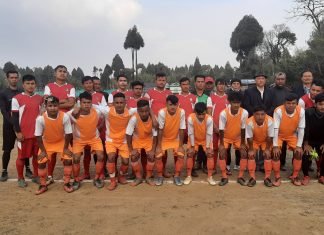 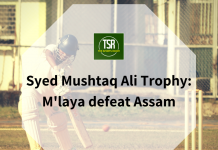 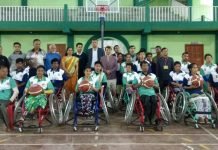 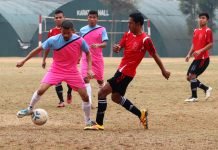 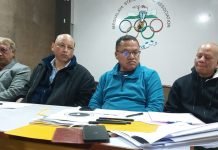