Shillong, Jun 28: Green Age Club defeated Mawphlang 2-0 with a goal on either side of half time in their Group B Fourth Division encounter at Second Ground, Polo, today.

Pynbhalang Iawphniaw scored the opener in the 12th minute before super sub Aibanrap Dohling doubled the lead soon after coming on to the pitch in the second half.

Green Age goalkeeper Hopewellson Kharnongbak had a good day under the bar, making several good saves. GAC are the only club yet to concede a goal among the 10 Fourth Division teams.

Dohling, meanwhile, almost got a second goal, but his shot on the run was neatly blocked by the Mawphlang goalie in the dying minutes of the game.

Green Age and Rynjah are at the top of Group B with seven points each. They will face each other on 2nd July.

Tomorrow, staying with Group B, Lumpyngngad are scheduled to face Laitlulong at 4PM. 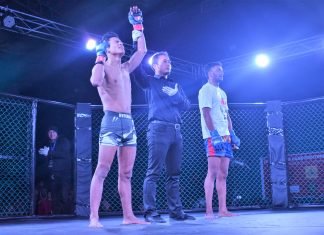 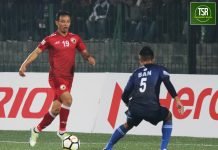 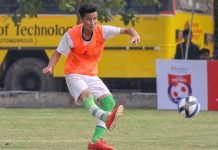