Shillong, Jul 15: Smit and Mawkhar were engaged in a tense stand-off in their First Division fixture but it was the former who came through with a second half stoppage time goal to take three points in the 1-0 contest.

B Kurbah was the hero of the day for Smit at the JN Stadium.

It was a positive start for Smit, who only won one match the entire season last year. Mawkhar, who were promoted from the Second Division, will have to step up their game if they want to compete effectively at this level.

Tomorrow Imson are scheduled to take on Sawmer at 3:45PM.

(TSR photo. Smit are in orange/white, Mawkhar are in blue/red) 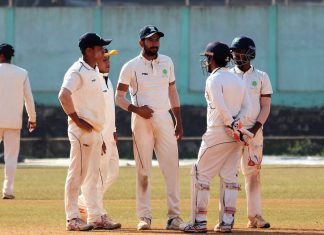 The Sports Room - November 29, 2018
0
Shillong, Nov 29: An all-round performance from guest/professional Gurinder Singh has put Meghalaya on the cusp of victory against Manipur in their Ranji Trophy... 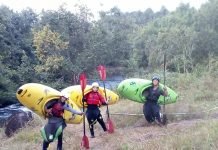 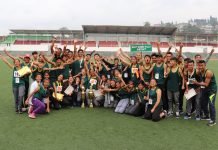 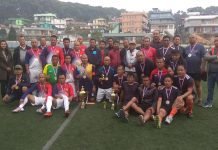 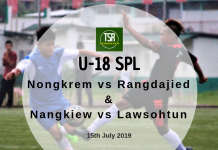