Shillong, Jul 24: Mawlai and Nongkrem played out a goalless draw in their First Division match at the JN Stadium here today.

This is the third such goalless draw of the season and Mawlai have now been involved in two of those.

After two rounds Smit are in the lead with six points, followed by Sawmer and Nongkrem on four each.

Tomorrow Marbisu are scheduled to take on Smit at 3:45PM.

(TSR photo. Mawlai are in yellow, Nongkrem in red/grey) 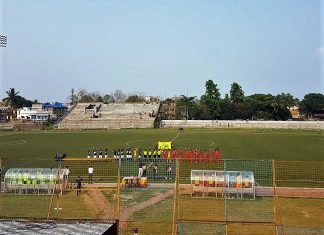 Langsning hold Mohammedan to a draw in Second Division League 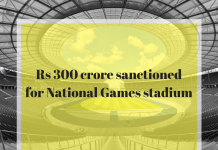 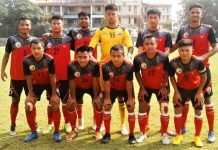 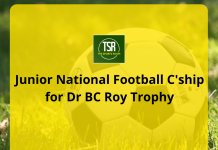 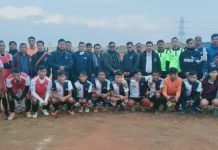