Resuming on 15/5 in their second innings after being made to follow on by SCA-A, EKH were still 185 runs behind their opponents. There was good resistance from Winningstar Khongjoh (28) and Wankitlang Nongpluh (18) but EKH were ultimately dismissed for 90, which was an improvement on their first innings score of 76. Abhishek Kumar was the pick of the bowlers with figures of 5/13 (match figures of 7/22) while Bipin Ray claimed 2/12.

In the other contest, which also began yesterday, TDCA were put in to bat after EGH won the toss. Sengpan T Sangma led the way for his side by scoring 87 out of his team’s 205/10. He was dismissed by Prakash Prasad, who scalped 6/54.

EGH were then dismissed for 69. Four of their batsmen managed to get into double figures but the top score was only 19, made by Anaiush B Marak. Cham Sangma (4/7) and Purav Agarwal (3/17) were the most successful bowlers.

East Garo Hills were made to follow-on and made a better go of it in their second innings, but were all out for 107. This time Prasad led with the bat, falling just short of a half-century (49), while Agarwal took 4/28 (match figures of 7/45), which earned him the man-of-the-match award. 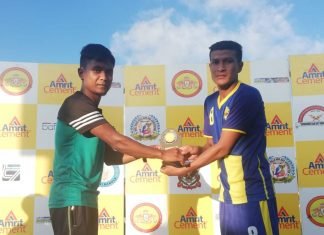 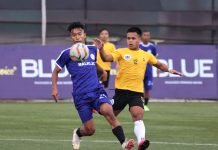 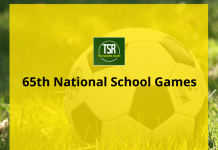 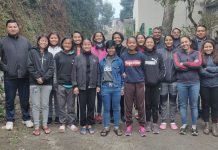 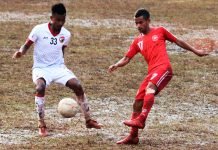