By virtue of qualifying for the final both teams had already secured promotion to next season’s First Division.

Yesterday Metallica won the toss and batted first but were bowled out for 91 in 15.5 overs, with Md Feeroj the top scorer with 19. Marty Mustafa (2/7) and Pynbhalang Kharsati (2/14) both picked up a brace of wickets.

The chase was pretty comfortable for Occult, who crossed the line on 93/2 in 14.4 overs. Man-of-the-match Bijay Sharma struck 42, while Paras Chettri contributed 27. Feeroj (1/20) and Uday Sherpa (1/14) split the wickets between them.

At the prize distribution ceremony Metallica’s Rahul Barua was named man-of-the-series. The presentation ceremony was presided over by SCA Vice-President Peter M Kharsawian. The trophies were sponsored by the family of the late Ratanlal Singhania in his memory. 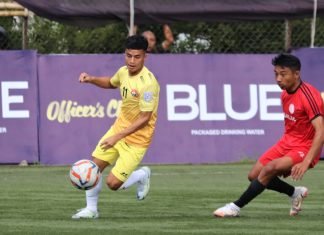 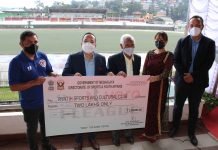 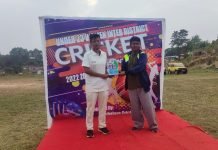 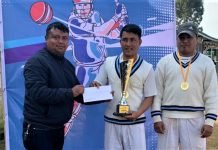 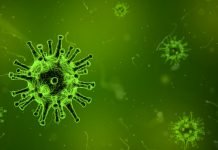