Shillong, Dec 18: Lamare FC qualified for the final of the Open to All Football Knockout Tournament 2021, organised by the Seng Samla Shnong Umsning Patarim, by defeating Niaw Wasa 1-0 in the second semifinal yesterday.

Lamare FC will meet Junior United FC for the title. Junior Utd had defeated Shillong Lajong 1-0 in the first semi on Thursday.

Donlad Diengdoh of Lamare FC was the man-of-the-match in their contest after having scored the winning goal. Lamare were the stronger side but failed to score more due to missed shots and others that were blocked by the opposition goalkeeper.

Diengdoh scored in the first half and Lamare FC had a golden chance to double the lead in the second half but for a missed penalty by Brolington Warlarpih.

Nevertheless, the Shillong-based team held on and won the contest to meet local side Junior United in the final on Monday. 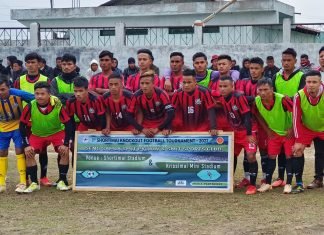 The Sports Room - March 3, 2022
0
Shillong, Mar 3: Khliehmawlieh (featured photo) of Nongstoin progressed to the second round of the 1st Shortimai Knockout Football Tournament, organised by the Seng... 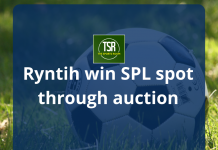 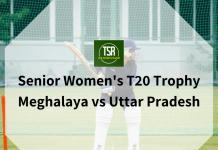 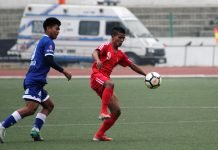