This was also the last match of the second round.

Rangdajied’s Donboklang Lyngdoh (pictured centre) scored the fastest goal of the season so far in the fifth minute but, despite further chances for both sides, the score remained at 1-0 until the final whistle.

Ryntih had won their opening match against Malki 3-0 while Rangdajied had drawn theirs 1-1 with Mawkhar.

RUFC started the game more aggressively, with the diminutive firecracker Chesterpaul Lyngdoh striking the side netting in the fourth minute with an attempt to lob the Ryntih goalkeeper, Eric Nongkhlaw.

A minute later, Donboklang benefited from a ball given away by Ryntih, found some space for himself at distance and, with Nongkhlaw slightly off his line, was able to crack the ball into the back of the net.

Ryntih then responded with attempts of their own, with three for Badon Kupar Marbaniang in the space of five minutes, but all of these were off the mark.

After a frenetic start, the match began to settle down a little thereafter, though a couple of good chances were created by Rangdajied, with Chesterpaul in the thick of the action on both occasions – he provided a cross on the run in the first but Donboklang went high and the second saw Chesterpaul head over the crossbar.

It was Ryntih who threw everything they could to get a goal in the second half but, in fact, Rangdajied had the better opportunities, including four back-to-back corners early on.

Ryntih also drew a few gasps from the crowd, with a Robert Khongjoh attempt blocked by the opposition goalie Banshanlang Sten in the 61st minute. At the end of the game, Khongjoh produced a scintillating cross but substitute Bickyson Kharkongor could not convert, with yet another Ryntih shot missing the mark. The final whistle saw them fall to the surface, exhausted after giving all they could on the pitch but Rangdajied were wily enough to scrape through with a win, giving them their first three points of the OC Blue SPL 2021-22.

On Monday, Mawlai will be up against Langsning in the first match of the third round. 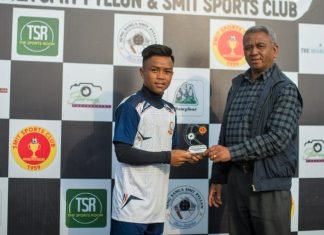 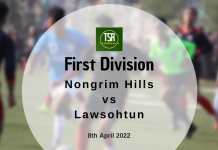 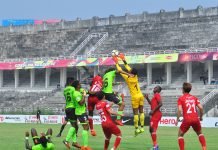 Opinion: Lajong must change their approach to away games 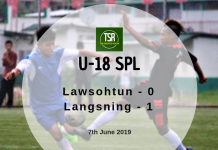